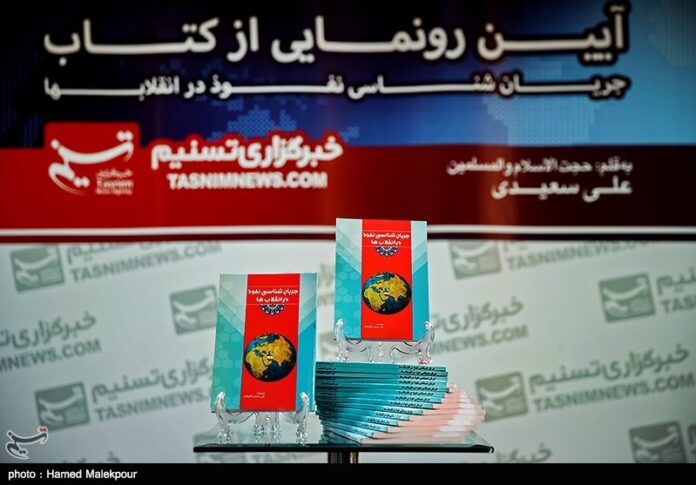 Several Iranian religious and political figures have gathered to discuss the plots hatched by enemies to make inroads into Iran, particularly after the recent nuclear deal.

Iranian officials have been repeatedly warned by the Leader of the Islamic Revolution Ayatollah Seyyed Ali Khamenei about the issue of ‘infiltration’.

In a meeting entitled “Islamic Revolution and Avoiding the Danger of Infiltration”, several religious and political figures exchanged ideas about the concept of infiltration during the decades after the victory of the Islamic Revolution.

A book titled “A study on the current of infiltration in revolutions” was also unveiled during this meeting, which was held on November 1 in Tehran.

Ali Saeedi, the Leader’s representative in Islamic Revolution Guards Corps (IRGC), is the author of the book unveiled in this meeting.

In the introduction of the book, Saeedi elaborates on the concept of infiltration and its impact on the failure of big revolutions throughout the history.

The author has tried to raise political issues of the day in a bid to help the reader grasp a better understanding of the current situation and the concept of infiltration.

In another part of the book, Saeedi describes the role of the Leader and Guardianship of the Islamic Jurist [Velayat-e Faqih] in foiling the moves to liberalize the country. 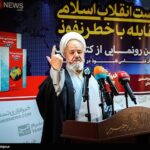 Saeedi referred to the infiltration as the most dire threat against the Islamic Revolution.

He stressed that Iran is the most strategic country in the world for the US to transform its culture.

Saeedi noted that despite the Leader’s stern stance against the cancerous tumour of the US, some officials have unfortunately brought this tumour within our borders.

He quoted the prominent Egyptian writer Mohamed Hassanein Heikal as saying, “Egyptian nation should learn from Iranians; they stood against the US and today they possess ballistic missile […]. This is the difference between a revolutionary country and a country which was submissive towards America.” Elsewhere in the meeting, Heidar Moslehi, a former minister of intelligence, stressed that the enemy is trying to interfere in the calculations of our nation, elites and officials in an attempt to impose their own views on their enemies.

“The enemy is trying to goad people into making mistakes in their choices in the coming presidential elections,” he warned.

Moslehi referred to some meaningful phrases as part of the infiltration plan and said, “Phrases such as arrogance, the poor and oppression expressed by the late founder of the Islamic Republic of Iran, Imam Khomeini, are the  basis of Islamic Revolution; however, they’ve been replaced by such concepts as great powers, world powers and the United States.”

He further quoted Imam Khomeini’s famous motto that “the US can’t do a damn thing against us, and said, “However, there are some voices saying that the United States is a world power.”

Moslehi also expressed regret over the remarks made by Mohammad Javad Zarif, Iranian Minister of Foreign Affairs, who said the US can destroy our defence equipment at the push of a button. Hamidreza Moqaddamfar, the Media and Cultural Advisor to IRGC Commander, also delivered a speech in the meeting, stressing that, “The risk of infiltration has been threatening us from the beginning of the Revolution to the present day.”

“In the past, we were faced with physical and security types of infiltration which resulted in the bloody bombings of June 28, 1981 and August 30, 1981,” he noted, adding that such infiltration had a tactical aspect with the aim of removing government officials.

Explaining about the concept of infiltration today, he said, “The enemy is now trying to exert soft infiltration in the post-sanctions era; it’s undoubtedly a strategy by the enemy, not a tactic.”