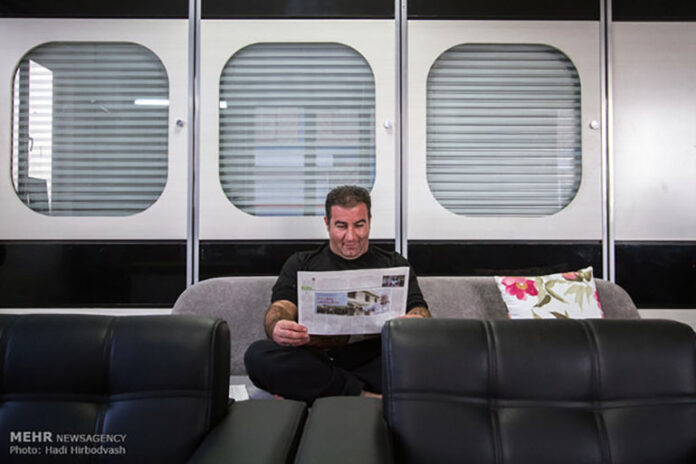 Mohammad began smoking at the tender young age of nine. At 12 he first experienced opium and was a regular meth user between 2001 and 2009.

Mohammad Saghafi owns a mattress company in which former drug addicts account for up to 90 percent of staff.

By his own account, Mohammad began smoking at the tender young age of nine. At 12 he first experienced opium and was a regular meth user between 2001 and 2009. Today is at the helm of a high-flying company.

The following is the translation of a report Mehr News Agency has filed on the successful entrepreneur:

It was after kicking the drug habit that Mohammad Saghafi started a new life. Expanding the small workshop his brother owned was the most momentous happening in his life. “Soon after quitting drugs, I busied myself with work. In a short period of time, the workshop’s staff of 10-156 workers swelled to 150. In two years, the once-small workshop joined the list of the country’s top mattress brands. We launched a furniture line too.”

Staff is what distinguishes their plant from others. “More than 90 percent of workers in the plant have a past like me: those who were at the end of their rope because of addiction. I did what I did because we were in the same boat.”

Mohammad has been clean for six full years. He works full time running the business which employs former rough-sleeping addicts. He leads a very happy life with his wife and three daughters.