Little expected to come out of Camp David 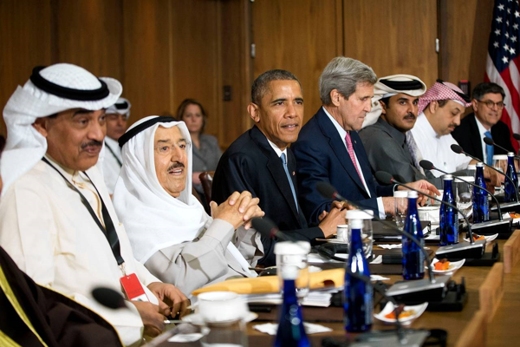 Alef, an Iranian news website, examines the Camp David Summit and what will come out of it, both for the host and the guests.

A summit bringing together US President Barack Obama and leaders of six Persian Gulf Cooperation Council (PGCC) countries opened at the White House Wednesday and continued at Camp David Thursday with the two sides expressing discontent with each other’s stance.

The day Obama decided to host the summit [of US and allied Arab leaders] at Camp David coincided with Iran and P5+1 arriving at a framework agreement [in Lausanne].

Alef, a news website, on May 14 ran an analysis on the Camp David Summit and the expectations of its participants as the summit was going on. The following is the translation of the analysis [which provides the author’s predictions of what will happen at the summit. IFP viewers will read the analysis after the summit has wrapped up]:

The summit opened Wednesday [May 13] with a private meeting between the [new] Saudi Crown Prince Mohamed Bin Nayef, Deputy Crown Prince Mohammed bin Salman and President Obama at the Oval Office and continued with a dinner banquet at the White House with other guests attending.

The meeting on Thursday continued with predetermined topics on the agenda. US officials say the summit aimed to cement 50 years of strategic ties between the US and Arab nations.

Obama’s extension of invitations to the heads of PGCC states for a summit at [the presidential retreat at] Camp David raised great hopes among Arab leaders, but the White House lowered their expectations of the summit. The failure of four – out of six – PGCC leaders to show at the White House is a reflection of these countries’ concerns about and displeasure with US policies.

Saudi Arabia and Bahrain unexpectedly announced that their kings will not attend the Camp David summit, citing their busy schedule.

Barack Obama’s recent remarks in an interview with The New York Times – that allies like Saudi Arabia should be worried about internal threats [“populations that, in some cases, are alienated, youth that are underemployed, an ideology that is destructive and nihilistic, and in some cases, just a belief that there are no legitimate political outlets for grievances”] – did not sit well with the Arab governments.

Riyadh and Washington are divided mainly over Iran and Syria. Arab nations say that Bashar al-Assad should be removed from any diplomatic solution to end Syria’s civil war and that all terrorists – Al-Nusra Front [a branch of al-Qaeda operating in Syria and Lebanon] included – should be armed and funded.

It seems that the Arabs will ask Obama in the meeting to take a firm stand on Syria and try to create a no-fly zone there. Back in 2013, the US refrained – at the eleventh hour – from resorting to military action against Syria.

They are likely to ask the US to lend more support to the Saudi-led coalition in Yemen which aims to remove the Zaidis [followers of an order of Shiite Islam] and bring back Abdrabbuh Mansour Hadi to power.

On the other hand, Saudi Arabia is preparing itself for the West’s conclusion of a nuclear agreement with Iran, but it is concerned that Iran will achieve a new strategic status [in the region] after signing the deal. That’s why Saudi Arabia wants US reassurances as well as real action by Washington in this regard.

Saudi Arabia and fellow Arab nations have proposed a defense treaty between the US and Persian Gulf states. Officials from several Persian Gulf countries have predicted that conclusion of a defense pact similar to NATO is a distant possibility; nonetheless, they are calling for more solid and binding promises from the United States.

The US seems to have deep misgivings about these proposals. The Obama administration is afraid of any legal commitment which might drag the US into yet another war in the Middle East.

In response, US officials say Obama will underline – in a joint statement or even a less important form of announcement – Washington’s commitment to holding joint maneuvers, facilitating arms sales to Arab countries or cooperating with them in developing a Ballistic air defense missile system.

For his part, Saudi Foreign Minister Adel Al Jubeir has said his country is not looking for written assurances from the US, adding “Our faith in America’s word is total.”

In return, the US expects the Arab governments to stop criticizing the nuclear deal with Iran.

It is worth mentioning that Camp David is not merely a presidential retreat; it is also a special place for the Arabs and a reminder of past memories.

It was in this retreat that Egypt pulled out of the camp of Arab nations. (In 1978, President Anwar Sadat and Prime Minister Menachem Begin signed the Camp David Accord which led to peace between Egypt and Israel. After signing the treaty and recognizing the Zionist regime, Anwar Sadat was assassinated) and Palestinians were forced to give concessions in return for nothing, not even establishment of an [independent] country.

Evidence suggests that there is an outside chance the Arab countries’ third experience [the 2015 Camp David summit] becomes more successful than the previous two, especially because this year’s summit has been overshadowed by the absence of certain Arab leaders. 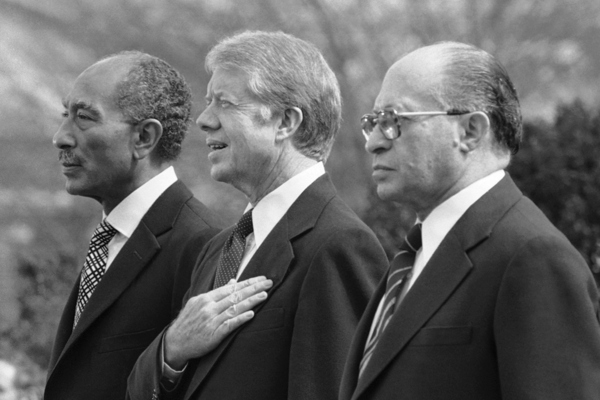