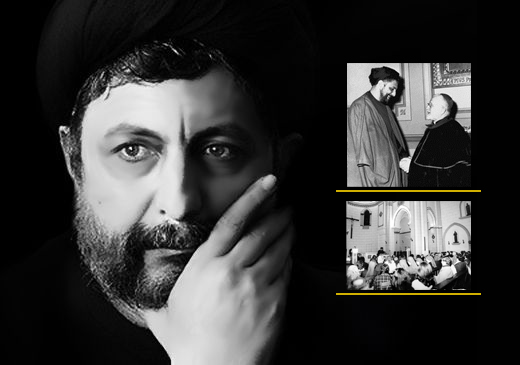 Houra Sadr, the daughter of Iranian-Lebanese philosopher and religious leader Imam Musa al-Sadr, in an article, has asked Iranian officials to name February 19 as the National Day of Dialogue.

Here is the full text of her article in Khabar Online news website: 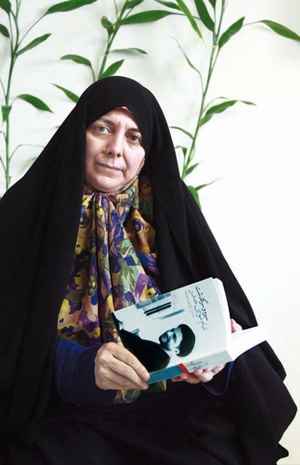 40 years ago on February 19, 1975, fathers of the Saint Louis Capuchin Cathedral in Beirut invited Imam Musa al-Sadr to preach the Christians during Lent, which is the solemn religious observance in the liturgical calendar of many Christian denominations that begins on Ash Wednesday and covers a period of approximately six weeks before Easter Sunday.

It was the first time in the history of Islam and Christianity that a Muslim cleric was carrying out a Christian religious rite.

Let me explain the significance of the incident in Imam Sardr’s own words. During the disastrous civil war in Lebanon, he said in an interview:

“One of the most important objectives behind the plots that struck Lebanon was to destroy the form of coexistence and national unity in Lebanon. When coexistence is targeted by a plot, the symbols of coexistence will definitely be the first to be attacked.

“I do not suppose anyone in Lebanon to be a symbol of national unity as much as I am, because in addition to the cultural, social, and political contacts and all-out relations I have with all Lebanese sects, I reached a point that, three years ago at Saint Louis Capuchin Cathedral, I preached Christians during the Lent. No one in the world has reached such a position. That was just like a Christian clergyman preaching Muslims during the Friday prayers. So I became the symbol of national unity, and thus, the plot directly targeted me,” Imam Sadr said in the interview.

In his sermon at Saint Louis Capuchin Cathedral, Imam Sadr both preached and practiced his doctrine.

“We have gathered for the human being; the human being for whom religions came; the religious which were of the same origin, and each promised the emergence of the other, and acknowledged each other,” Imam Sadr said in his sermon.

Given the ongoing crises in the region and the worrying future of Muslim world, I emphasize that dialogue should be venerated and institutionalized in Islamic societies.

Dialogue should begin in the years of childhood and continue until the end of academic educational in the country’s educational system. Dialogue is not an intellectualistic hobby only belonging to the elite, though elites have played a special role in its institutionalization.

Let us dignify dialogue and pay careful attention to its practice. Let us dedicate one day in our calendar to “Dialogue” so that we could examine, evaluate, and correct our one-year performance in this regard.

I propose that February 19, the day Imam Musa Sadr preached Christians in Capuchin Cathedral during the Lent, be named as the “National Day of Dialogue”. Institutionalizing dialogue needs symbols and icons. Choosing Imam and dedicating a day to dialogue is an effective method to institutionalize the concept.

Imam Musa Sadr was a prominent philosopher and religious leader who disappeared in August 1978.

The visit was paid upon the invitation of the then Libyan ruler Muammar Qaddafi. The three were seen lastly on 31 August.

It is widely believed by his fans, relatives, and supporters that Qaddafi ordered Imam Sadr’s kidnapping.

The former Libyan regime had consistently denied responsibility, claiming that Sadr and his companions left Libya for Italy, but Rome never confirmed their entry into that country.