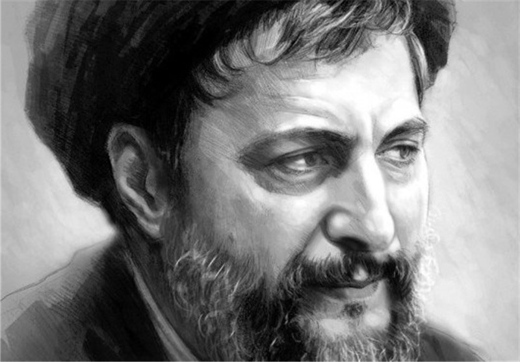 Imam Musa al-Sadr, a Shiite religious and political leader, favors religious moderation over secularism and factionalism, saying that freedom, respect, trust and tolerance are the basic tools of pluralism.

A meeting was held in Tehran early this month on Imam Musa al-Sadr [an Iranian-Lebanese philosopher and Shiite religious leader who disappeared in August 1978 during a visit to Libya] and Muslim Lifestyle in a Pluralist World. On December 3, Shahrvand daily’s Modern Plan Supplement partly focused on what Davood Feirahi, Ph.D. who teaches political science at the University of Tehran had to say at the meeting. The following is a partial translation of his speech, among other things, on consensus democracy:

The world is like a small society populated by people with various beliefs. The core feature of the world we live in is pluralism. One of the problems theoreticians raise about life in a pluralist society is religion. ‘How can one who assumes to be right and views others as wrong live in a society?’ they ask.

Imam Musa al-Sadr partly focused on multiculturalism and pluralism and put forth ideas to turn those concepts into reality. A pluralist society is a cultural-political-social mosaic made up of distinct ethnic, religious and linguistic groups. This entity, in turn, features cultural and identity-related gaps.

Each of the subcultures that thrive in this entity has its own red lines, beliefs, interests which are at times mutually exclusive. If one group goes too far in insisting on their beliefs, it is bound to find itself on a collision course with society.

There are two widely-held beliefs when it comes to relations between religion and a pluralist society. A pluralist society either has to be dragged into factionalism, which leads to religious violence, also known as radicalism which is rife in the Middle East today, or opt for secularism and consequently rid the public atmosphere of religious literature.

In light of the fact that political scientists, legal experts and sociologists regard radicalism as perilous, they recommend secularism. Although secularism puts down faith in the public domain and thus entails violence, it does not cause religionists to take on one another. In other words, the violence which is spawned is not as bad as factional fighting. This is the least bad among the worst options. Imam Musa al-Sadr believed there had to be a third way, as Habermas does.

He believed secularism and factionalism should be pushed to the sidelines at the expense of a third way which draws a line between religiosity and radicalism and opts for the former. One in which democracy, not secular democracy prevails. Such democracy is today known as consensus democracy.

In such democracy, religiosity is there but the establishment is not ecclesiastical; religious people are part of society and politics, but the state does not carry a religious tag. Society exercises democracy but not maximal democracy. As Muslims that is what we need. […]

[…] Imam Musa al-Sadr does not approve of secularism and disputes assumptions that the negation of factionalism necessarily amounts to the approval of secularism. He argues that one can dismiss both of them in the same breath.

One cannot let go of these two concepts unless they think of a third one. Imam says society can offset the negative impacts of factionalism-secularism if it takes advantage of religion – the third concept – and its positive results.

When a sect or faction walls itself off from others, it is practicing negative factionalism. In that case, it has two options: either isolation or confrontation. A true religion frowns upon both.

Imam Musa al-Sadr accepts two seemingly opposite concepts: pluralism and religion. He says if the plurality of factions causes a split in society, it’ll pose a threat to the country, but if it helps facilitate the exchange of experiences, it will help the country move forward.

Imam says religion should be protected. It should help people grow, not suffer harms. As for the government, he says it shouldn’t be factional, pluralist or elitist, stressing that the government should represent neither the majority nor the minority; rather, it should be a representative of people’s interests.

True religion and its fruits

Religion is like a tree. Bitter fruits are picked from bitter trees. Imam holds that to recognize a true religion, we should taste its fruits. He says a true religion offers services to the public and shows the correct path. Literacy and order, as well as eradication of ethical misconduct and poverty are the fruits of such religion.

A true religion, Imam says, does not push its followers toward isolation; neither does it ask them to abandon their social activities. The reverse holds true; proximity to God becomes achievable if one tries to serve people.

For Imam, the goal is to improve the living conditions of the Shiites and help them make up for their backwardness. If a religion can rid the Shiites of these woes, it is the true religion.

Imam says religion does not ban healthy political activity provided that it conforms to religion in terms of principles and objectives. This means politics should help eradicate poverty, ensure health and help develop it, and strengthen and pursue education. So a Muslim who is after political activity should get involved in these affairs too.

Healthy political activism materializes in participation in future-building efforts, Imam says, reaffirming that religion has left the future to its followers rather than to others.

Political involvement is not a win-or-lose game; rather it is after ways of forming a consensus. He says Muslims can cooperate with non-Muslims in pursuit of social goals such as the campaign against illiteracy and for national goals like safeguarding the country’s national unity. Add religious goals when it comes to cooperation with Sunni Muslims.

Dialogue is the only way forward

Imam challenges the either-with-us-or-against-us attitude of factionalists and says that dialogue is the only way forward, one which leads to unity and mutual understanding.

In a society which is run based on consensus democracy, people can engage in dialogue if they can meet its conditions: freedom, respect, trust, and tolerance.

In the absence of freedom, monologue will take the place of dialogue. When respect and trust are lacking, no one dares to talk. And talk will end up in fighting if tolerance remains elusive.

Pluralist society, the best of all

“To bring together varied thoughts and experiences and put them to good use, we need to promote mutual respect among people,” Imam says, who finds nothing wrong with religious plurality and believes a religion can live on thanks to variedness.

He says, “The country’s power rests with the trust people have in each other”. He also says that the [Grand] Assembly [of Shiites in Lebanon] is basically for dialogue, adding that dialogue in the absence of organization is harmful.

Imam believes in a religious mentality which is fit for living in a pluralist society, or a cast of mind on how to live with and accept other people, and not reject them.

“I respect all factions and religious groups which are formed in the name of faith. To me religiosity differs from factionalism. From among secularism, factionalism and religious moderation – the three mindsets – I describe the last one as religiosity,” he says, adding, “Open-mindedness and opening up to others is a religious duty, and the main goal is to serve [others].”

The following is the gist of what Imam Musa al-Sadr has identified as the basic characteristics of religiosity:

Openness: Religiosity believes in the existence of different organized factions and their collective efforts to build a better human society. Imam takes pride in the plurality of Lebanese society.

Innateness: Imam says man’s nature which is pure can get along with a religion. If not, that religion is not genuine.

Honesty and integrity: “National unity is more profound than the unification of interests. It is the oneness of all hearts, intentions and objectives …. “To make this unity materialize, all countrymen should respect each other …,” says Imam, blaming the lack of honesty, as Imam Ali has put it, for the collapse of civilizations.

Freedom: Imam does not see religion as limitation. “Total freedom is the essence of religion,” he says, adding that to protect freedom, society needs freedom. “Unlike what is believed freedom is not finite”.

Organization: It is a religious duty. “Can unity, mutual understanding and dialogue be promoted without organization?” he asks.

That the followers of a religion should receive training to treat others positively is achievable only through organization.