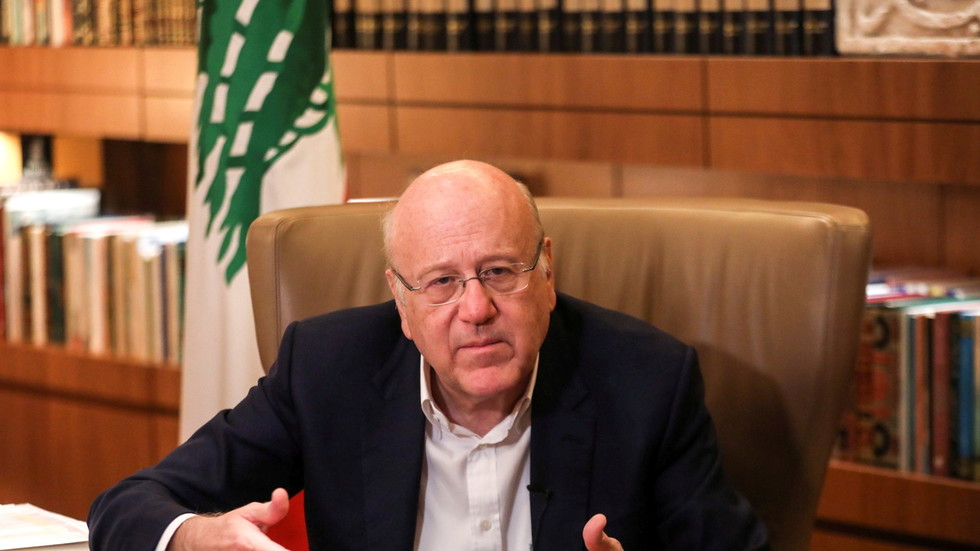 Lebanese Prime Minister Najib Mikati says he is after resolving the ongoing tensions with Saudi Arabia and a few other Arab countries. He urged Information Minister George Kordahi, who has recently criticized Saudi-led war on Yemen, to make national interests a “priority”.

“I call on the minister of information to listen to his conscience, take the position that should be taken and give priority to the national interests,” Mikati said in a speech on Thursday.

“We are determined to resolve our relations with the Kingdom of Saudi Arabia and the brotherly Gulf countries,” he added.

Pressure continues to mount on Kordahi, after a video circulated last week from an August interview in which he made disparaging remarks that were critical of the Saudi-led coalition’s war against Houthi rebels in Yemen, sparking a new diplomatic crisis.

The former game show host stated the Iran-aligned Houthis are “defending themselves … against an external aggression”.

In response, Saudi Arabia, the United Arab Emirates, Kuwait, and Bahrain have recalled their envoys from Beirut, and banished their Lebanese ambassadors. Saudi Arabia also banned Lebanese exports, which some experts say constitutes some 6 percent of the cash-strapped country’s gross domestic product (GDP).

Bahrain and the UAE have called on their citizens to leave the country, while Yemen has also since recalled its envoy from Beirut.

Kordahi has maintained that his comments only reflected his opinion and not the government’s and that they were made before he became a minister. He also noted in a news statement that he refuses to be “blackmailed” by any entity.

Qatar has offered to send its foreign minister to mediate and help resolve the crisis, according to Foreign Minister Abdallah Bouhabib, who also called for direct dialogue with Saudi Arabia to resolve the crisis.

Saudi Arabia has distanced itself from Lebanon in recent years, often criticizing it for Iran-backed Hezbollah’s growing influence in politics. Kordahi was appointed by the Marada Movement, a Christian party closely allied to Hezbollah and Syrian President Bashar al-Assad.

Hezbollah, which Saudi Arabia considers a “terrorist” organization, backs the Houthis in Yemen and has praised Kordahi for his remarks.

“[Hezbollah] made Lebanon an arena and a launching pad for implementing projects of countries that do not wish well for Lebanon and its brotherly people,” a Saudi statement issued on Friday read.

Relations between Lebanon and Saudi Arabia were already strained – with the latter having imposed an indefinite ban on Lebanese produce since April after foiling an amphetamine smuggling attempt.

And last May, Lebanon’s then-caretaker Foreign Minister Charbel Wehbe resigned after insinuating that Gulf countries were behind the rise of Daesh in a heated argument with Saudi lobbyist Salman al-Ansari on Alhurra TV.

The diplomatic crisis has also heightened the existing political paralysis and tensions between parties in Lebanon. The cabinet has not met in almost a month, already riven by disputes over Beirut blast investigator Judge Tarek Bitar.