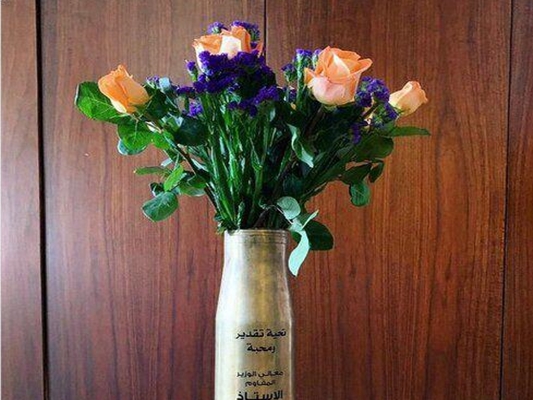 Lebanon's foreign minister has posted on his Twitter page the photo of a gift offered to him by the Lebanese resistance movement Hezbollah.

Without making any comments, Jebran Bassil published the image of a mortar shell given to him as a keepsake by a Hezbollah official during his visit to an area in the north of Beirut.

According to media reports, the cartridge belongs to a mortar shell used in fighting led by Hezbollah against Nusra Front terrorists in east Lebanon in summer 2017.

The image shows the mortar cartridge being used as a pot with colourful flowers inside.

In August 2014, Jabhat Fateh al-Sham (formerly Nusra Front) and ISIS terrorist groups overran the eastern Lebanese town of Arsal, killing a number of Lebanese forces. They took 30 soldiers hostage, most of whom have been released.

Since then, Hezbollah and the Lebanese military have been defending Lebanon on the country’s northeastern frontier against foreign-backed terrorist groups from neighboring Syria. 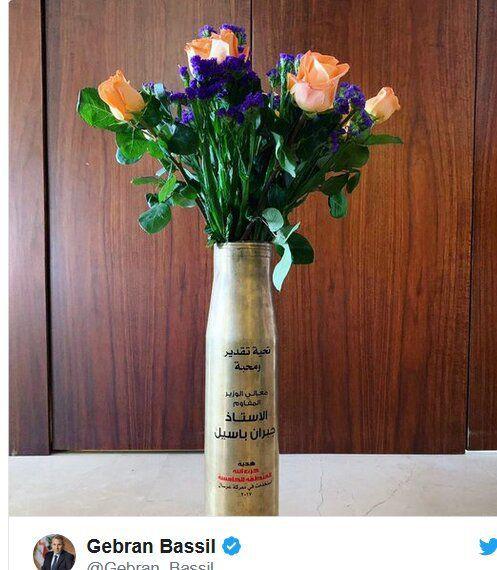 Hezbollah fighters have fended off several ISIS attacks inside Lebanon. They have also been providing assistance to Syrian army forces to counter the ongoing foreign-sponsored militancy.