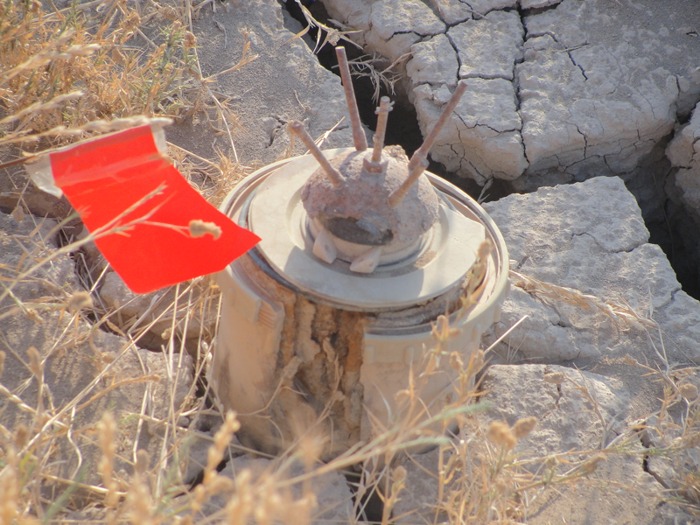 Iran is said to be the country with the second highest number of landmines in the world. Nearly 40 million mines were planted in the country during the Iran-Iraq war (1980-1988). With the help of experts, more than 24 million mines have been detected and defused so far, but 16 million are still undetected, according to UN reports.

On Thursday June 23, another victim of a landmine lost his life. The young man was from Sumar, a small town in Qasr-e Shirin County, Kermanshah Province, said Moradali Tatar, governor of the county. “Unfortunately, decades after the 8-year Iran-Iraq war (1980-1988), the mines still target people living in the western borders,” IRNA quoted him as saying.

In addition to deaths and injuries, land mines cause serious annual loss to agriculture by killing livestock and causing damage to agricultural machinery.

Since the beginning of the current year in March, eight mine explosions killed 11 livestock and caused severe damage to two combine harvesters (machine that harvests grain crops) and three demining dozers. In the past year, 35 mine explosions in the county led to 6 deaths and 31 injuries. The dead and injured included military personnel, farmers, villagers and nomads, the official said.

“Although authorities celebrated the clearing of 700 hectares in the province in February 2013, the blasts continue to occur as people and livestock unknowingly step on the mines.”

“Currently, two demining companies affiliated to the Ministry of Defence and Armed Forces Logistics including 12 demining groups with 100 members are removing land mines from the area,” he added.

Mine sweeping and demarcation of mine fields are expensive and time-consuming procedures, requiring huge funding and sophisticated equipment, costing between $300 and $1000 to clear a single mine.

The number of landmine victims has never been officially released by Iran’s Mine Action Centre (IRMAC), but unofficial statistics point to one person being maimed or killed every day.

Apart from Kermanshah, four other provinces in western and southern Iran — West Azarbaijan, Kurdestan, Ilam and Khuzestan — are also infested with mines left over from the war.

The Iranian Institute of Medical Research for Handicapped Veterans, says over 92% of mine victims are unprepared and lack the basic education to avoid an encounter with a mine.

Government officials say that Iraq planted around 12-16 million landmines in Iran during the war over an area of over 4 million hectares. Khuzestan is reportedly the most mined area, followed by Kermanshah and Ilam.

The Iranian Army estimates that 1.5 million to 1.8 million hectares are still littered with Iraqi landmines, which have severely restricted agricultural production in the five provinces along the Iraqi border.