Kremlin: Russia has no plan to invade other countries 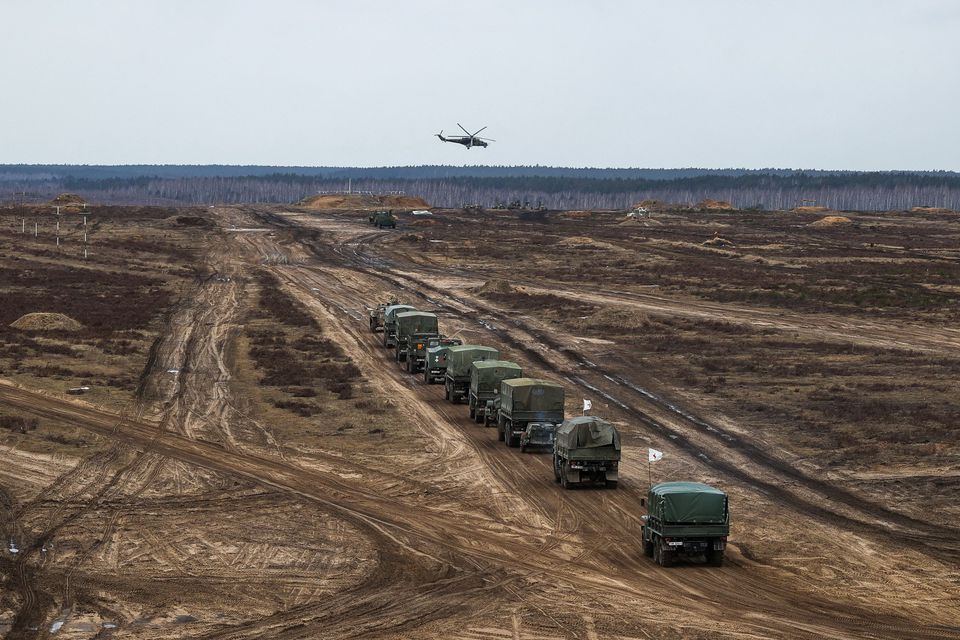 Kremlin spokesman Dmitri Peskov says Russia has no plan to invade anyone, and given its history is the last country in Europe which wants to even speak the word "war”.

“We are calling for reason. We are urging [the West] to ask itself the question: What point would there be in Russia attacking anyone? We urge you to remember history. Let’s just say that, as we have seen recently, the West isn’t very good when it comes to history. But we remind you that Russia has never attacked anyone throughout its history,” Peskov said in an interview on Russian television on Sunday.

“And Russia, which has survived so many wars, is the last country in Europe that wants to speak about, even say the word ‘war’,” the spokesman added.

Peskov’s comments follow months of speculation by officials and media in the US and among their NATO allies that Russia is preparing to launch an all-out attack against Ukraine. Last week, Politico, PBS and other outlets reported, citing officials, that Russia would definitely begin an invasion of Ukraine on 16 February. The ‘attack deadline’ came and passed without incident, prompting outlets to establish a new deadline, now said to be sometime after 20 February.

On Friday, US President Joe Biden declared that he was “convinced” that Russia’s Vladimir Putin had “made the decision” to invade Ukraine “in the coming days.” When asked to elaborate, Biden said the US had “a significant intelligence capability” and abruptly ended the press conference.

On Sunday, British Prime Minister Boris Johnson claimed that Russia was planning “the biggest war in Europe since 1945,” adding that “people need to understand the sheer cost in human life that could entail.”

The United States and Britain would cut off Russian companies’ access to US dollars and British pounds if the Kremlin orders an invasion of Ukraine, Johnson continued.

The fabled “Russian invasion” has yet to commence. However, the past few days have seen a dramatic escalation of tensions in eastern Ukraine, with authorities from the self-proclaimed Donetsk and Lugansk People’s Republics reporting massive Ukrainian artillery and mortar fire, sniper attacks and infiltration, sabotage and attempted bombing incidents. The Donbass militias fear an all-out invasion by Kiev may be imminent, and have begun an evacuation of their civilian populations to Russia, while calling up reserves.

Western leaders and media have remained largely silent on the Donbass escalation, while Kiev has blamed Moscow, claiming that Russia is artificially fomenting tensions. On Friday, the Russian president called on Ukraine’s leaders to sit down with the Donbass breakaways as soon as possible for peace talks.

On Sunday, Minsk announced Russian military exercises in Belarus – originally scheduled to end on Sunday – will continue, pointing to an increase in tensions along the Ukraine border.

Belarusian Defence Minister Viktor Khrenin stated Russian troops will not withdraw from the country because of rising tensions in Ukraine’s disputed Donbas region and “in connection with the increase in military activity near the external borders” of Russia and Belarus.

On Saturday, Putin ordered the start of strategic nuclear exercises involving launches of ballistic missiles. Separately, Belarusian President Alexander Lukashenko, a close ally of Putin, took part in military exercises alongside Putin from a situation centre in the Kremlin.

The drills involved the Russian Aerospace Force, units of the Southern Military District, the Strategic Missile Troops, the Northern and Black Sea Fleets.