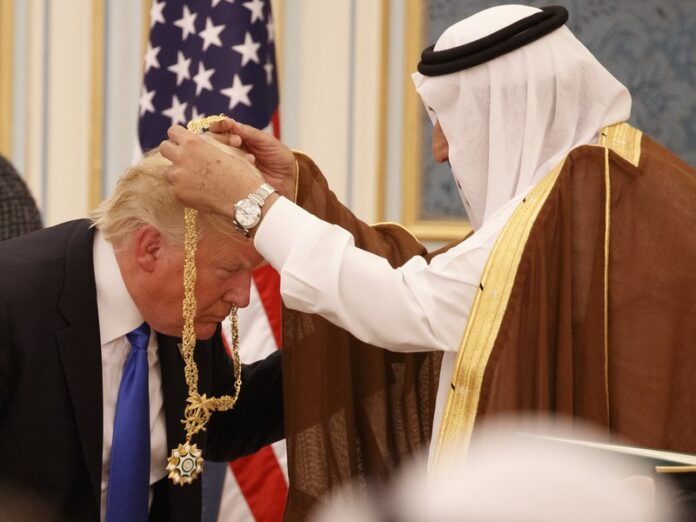 Iranian Foreign Minister Mohammad Javad Zarif says the United States is opposed to the Islamic Republic for its refusal to surrender, but is okay with the killing of hundreds of its citizens by those who buy American weapons.

“Kill 3,000+ Americans but remain a US client and you can have nuclear weapons—even get help in acquiring them,” Zarif tweeted on Wednesday, apparently referring to the role played by Saudi Arabia – a top importer of US weapons – in attacks on US nationals including the 9/11 terrorist attacks.

“But refuse to bow to the B Team ‘s whims, you can’t even possess peaceful nuclear energy,” the Iranian foreign minister said.

“It apparently matters not that ‘Iran is killing ISIS’ while US’ clients arm it.”

Zarif’s comments came in reaction to Bolton’s Tuesday address to the Young America’s Foundation, in which he once again repeated his anti-Iran claims.

“We withdrew last year from the Joint Comprehensive Plan of Action, the JCPOA, last year because it failed utterly from preventing the mullahs from developing nuclear weapons,” Bolton said.

“Any nation that chants death to America and death to Israel will not be allowed to have nuclear weapons,” he added.

His comments come amid reports that the US is helping Saudi Arabia pursue its nuclear ambitions, unlike its opposition to Iran’s possession of peaceful nuclear energy.