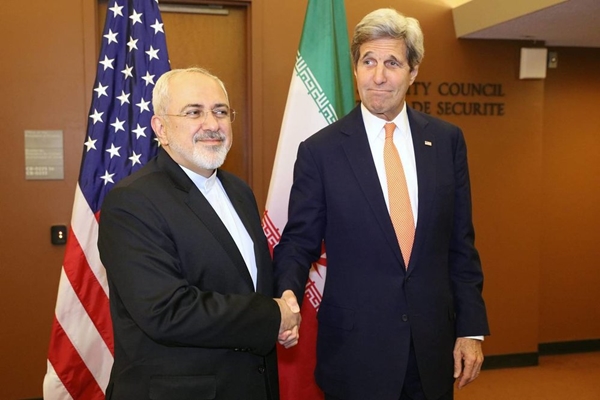 After Iran experienced problems with its financial transactions with foreign banks, particularly European ones, US Secretary of State John Kerry said in a meeting with his Iranian counterpart Mohammad Javad Zarif that European banks should not be afraid of making deals with Iran.

However, Hassan Beheshtipour, an expert in nuclear issues, believes that the US official’s remarks are not sufficient to allay the concerns of those willing to work with Tehran.

IFP has selected and translated parts of his interview with Fararu news website.

“Rhetorically, Mr. Kerry’s remarks are good and should be welcomed, but they are not enough,” Beheshtipour said.

“The US Secretary of the Treasury should also clearly explain the moves Washington has already made, or will make, to ensure other countries it will not punish them for cooperation with Iran,” he went on to say.

“Before the JCPOA [the nuclear deal between Tehran and world powers], the US Treasury used to monitor anti-Iran sanctions to tighten the controls, but the process stopped or at least slowed down after the deal. However, evidence indicates that the slowdown has not been as much as Iran expected, and the pace of the removal of anti-Iran sanctions or their repercussions has remained slow,” the expert said.

“Therefore, we should see whether or not the US Treasury, which was the department responsible for implementing the anti-Iran sanctions, will follow up Kerry’s remarks and make certain moves to put his words into practice,” he added.

“The US is losing an historic opportunity in relation to Iran,” Beheshtipour noted, adding that the US failure to comply with its JCPOA commitments would encourage Iran to revert to its pre-JCPOA situation.

“However, if the US shows good behaviour with regard to the JCPOA, the experience of the nuclear deal could be repeated in other fields. However, when they breach their commitments in this area and refuse to take the measures required, they are actually wasting these opportunities.”

“Of course, we should be patient and see what will happen in coming weeks after the negotiations between Kerry and Zarif, and the Vienna talks,” he noted.

“During the time of sanctions, officials from the US Treasury Department visited different countries to convince them to join the anti-Iran sanctions. If they cannot now travel to other countries to assure them of the end of sanctions, they can at least talk to them, and give them assurances that the US is not going to intensify or re-impose the sanctions against Iran, and that the other parties involved in deals with Iran will not be punished, as per the Joint Comprehensive Plan of Action,” Beheshtipour concluded.