Kerry: Iran ‘absolutely’ deserves access to US dollars as part of sanctions relief 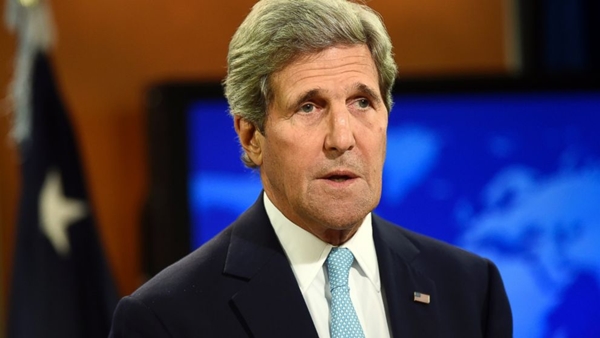 Secretary of State John Kerry said that Iran deserves access to US dollars out of fairness because Tehran has met its core obligations under the nuclear agreement, the Washington Free Beacon reported.

Kerry was asked about an effort by the Obama administration on Tuesday to give Iran limited access to the dollar currency.

“One of the questions is why then is the US Treasury, or why is the [Obama] administration sanctioning the idea of helping Iran get access to dollars or to get more investment?”, he was asked by an correspondent.

“We are working very hard to do what is fair,” he said, adding that “They have in terms of the nuclear agreement, absolutely,” proven to deserve that.

Kerry said. “Iran deserves the benefits of the agreement they struck. And President Obama has said it, I’ve said it, [Treasury] Secretary [Jack] Lew has said it.”

Kerry also said the administration has worked “to make sure” banks that are now allowed to do legitimate, transactional business with Iran after the nuclear agreement are doing so.

“It is fair for Iran to get what it deserves because it kept its part of the bargain to date with respect to the nuclear agreement,” Kerry said.

The Wall Street Journal reported last week that the Treasury Department is moving to give Iran limited access to US dollars as part of the post-nuclear deal sanctions relief through offshore dollar clearing houses so American banks would not be involved.

Iran has complained that it has not yet received the full economic benefits it was promised under the nuclear accord struck last year between Iran and six world powers.