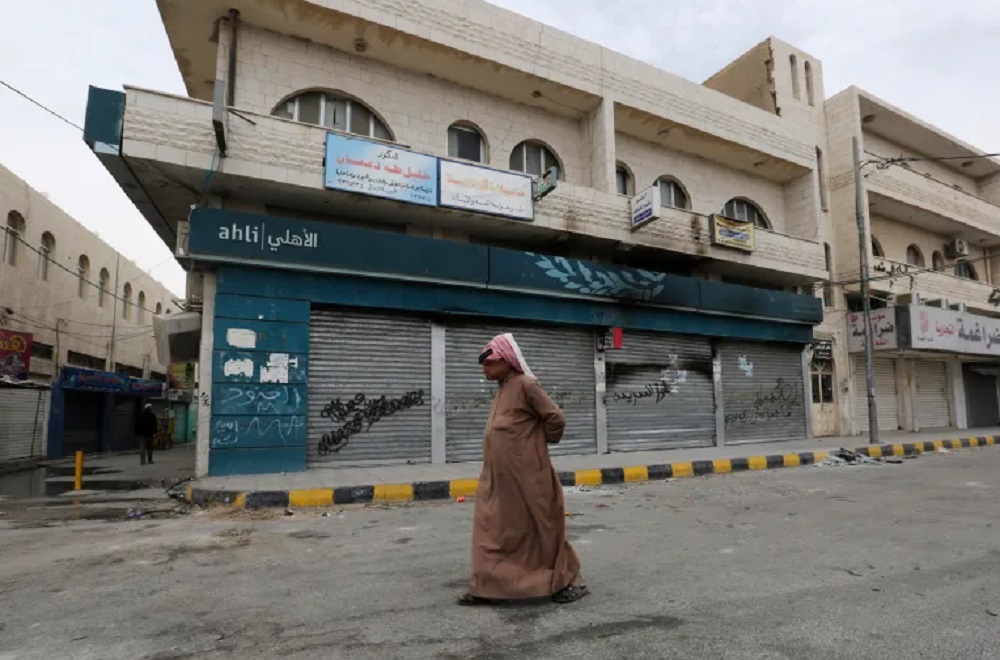 A senior police officer has been killed in clashes with demonstrators in the southern Jordanian city of Maan during protests over high fuel prices that have spread to several cities across the kingdom, police and witnesses have said.

In a statement, police announced the officer was shot in the head late on Thursday while dealing with “rioting” by a group of outlaws in the city that has in the past seen bouts of civil unrest over fuel price hikes and cuts to subsidies.

“We will strike with an iron fist anyone who tries to attack lives and property,” the police statement added.

A police source had earlier noted the officer was shot by unknown assailants during clashes in the Husseiniya area of Maan.

Four other policemen were injured, the source confirmed.

Witnesses said a long convoy of armoured vehicles was seen entering Maan as reinforcements were sent to the neighbourhood where the police officer was killed. Youths had clashed with police in several neighbourhoods of the city and in the heavily populated industrial city of Zarqa, northeast of the capital, Amman, witnesses added.

Anti-riot police fired tear gas in the Jabal al-Abyad neighbourhood of Zarqa to break up protests that broke out in Jordan’s second most populous city.

Witnesses said dozens of youths also staged a protest in the Tafiyla neighbourhood of the capital, where police chased demonstrators who were chanting anti-government slogans. Youths burned tyres on a main highway between the capital and the Dead Sea, disrupting traffic, witnesses added.

In the north of the country near the border with Syria, youths clashed with police in several neighbourhoods in Irbid, the country’s third-largest city by population.

Sporadic skirmishes spread to other smaller towns in the vicinity where police used tear gas to disperse stone-throwing youths.

Tensions have been mounting in Maan and several cities in southern Jordan after days of sporadic strikes by truck drivers protesting against high fuel prices.

The government has promised to look into the strikers’ demands but has said it has already paid more than 500 million dinars ($700m) to cap fuel price hikes this year.

Shops in Maan and several other Jordanian provincial cities shut on Wednesday in solidarity with demands the government reduce diesel prices, which truck drivers blame for their mounting losses.

Some activist strikers have threatened to stage street protests in provincial cities on Friday.

Police tightened security near the seat of government in central Amman, where protesters traditionally gather.