In his first remarks as Prime Minister of Japan, Fumio Kishida has expressed willingness to meet with North Korean leader Kim Jung Un “without preconditions”. He has also accused China of trying to change the status quo with force “in some areas”.

Speaking to reporters on Monday, Kisida stressed that the Japanese government “must closely watch whether China can meet the high levels required by the TTP [the Trans-Pacific Partnership agreement] on matters such as state-owned companies and information security”.

According to him, there were “some questionable issues in China” related to human rights.

At the same time, he touted China as Japan’s largest trading partner, calling to continue discussions with Tokyo.

The remarks come after Chinese Foreign Ministry spokeswoman Hua Chunying told a press conference last week that Beijing “is willing to work together with Japan’s new governing team […] to deepen pragmatic cooperation in various areas and promote the healthy and stable development of Sino-Japanese relations”.

Tokyo and Beijing remain at loggerheads over a group of uninhabited islands in the East China Sea, as well as issues related to Taiwan and Hong Kong.

Tokyo maintains it has had sovereignty over the islands since 1895, while Beijing claims that the islands are marked as a Chinese territory on Japanese maps circa 1783 and 1785.

Beijing does not recognise Japan claiming control over the islands, referring to the territory as the “Diaoyu Islands”. Tokyo opposes Beijing’s ships sailing in the vicinity of the disputed territory, calling them “unacceptable incursions”.

Kishida has also stated that he is ready to meet with North Korea’s Kim without preconditions.

His remarks come as Pyongyang has intensified fire-testing of its newly-developed missiles over the last month.

Kishida additionally noted that Tokyo will strengthen its defence capability and continue to see the US-Japanese alliance as the cornerstone of the nation’s foreign policy.

Last Week, senior defence officials from the US, Japan, and South Korea held a call during which they discussed regional security and the threats posed by North Korea’s nuclear and missile programmes.

The discussion took place following reports suggesting that North Korea test-fired its newly-developed hypersonic and anti-air missiles. Overall, there have been at least six launches by Pyongyang since early 2021.

Aside from concerns over Pyongyang’s missile programmes, Japan also believes North Korea may pose a cybersecurity threat. On 28 September, Tokyo adopted the country’s three-year cybersecurity strategy roadmap that lists North Korea as one of the emerging cyberthreat nations with beefed up capabilities, along with China and Russia.

Notably, the first and last time the leaders of North Korea and Japan met in person was in 2002, when Japan’s PM Koizumi Junichiro paid a visit to Pyongyang and met with Kim Jong-Il to discuss the issue of the abduction of Japanese citizens. Back in 2019, then-Prime Minister Shinzo Abe voiced a readiness to meet with Kim without conditions to end the long-running mistrust between the nations. This meeting, however, never materialized. 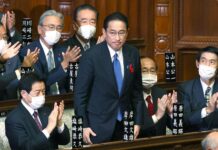 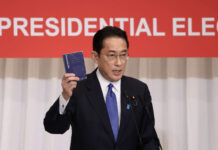 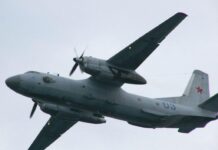 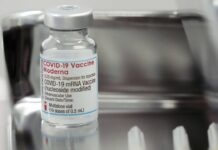