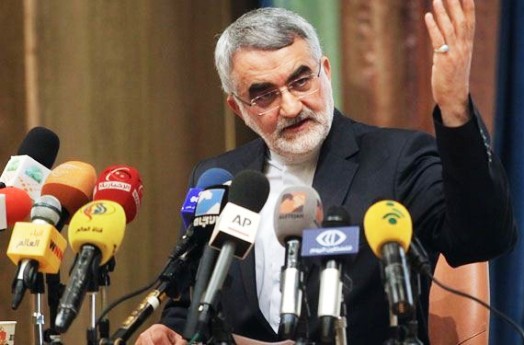 Not only will the Israeli dream of opening an embassy in Tehran never come true, but God willing Iran will open its embassy in Palestine without the presence of Zionists, Boroujerdi said.

On December 27, Tabnak, a news website, quoted a senior Iranian MP as describing as delusional the comments of an Israeli Foreign Ministry official that Tel Aviv will one day reopen its embassy in Tehran. What appears below is the translation of the report:

“Not only will such a dream never come true, but Gold willing, the Islamic Republic of Iran will one day open its embassy in the holy land of Palestine without the presence of the Zionists,” said Alaeddin Boroujerdi, the chairman of parliament’s National Security and Foreign Policy Committee.

On Thursday, after news came out that the Israeli Foreign Ministry is going to offer Persian-language courses to its employees, Paul Hirschson, the ministry spokesman, started daydreaming and said that Israel will one day open its embassy in Tehran.

Yedioth Ahronoth, a Tel Aviv-based daily, reported that the language course by the Israeli Foreign Ministry is designed to provide additional tools for employees who deal with Iran’s nuclear program.

Such courses are aimed at helping Tel Aviv with fulfilling its 2015 objectives as far as Iran is concerned, including foiling Tehran’s nuclear program, exerting diplomatic pressure on Tehran, keeping sanctions in place, securing regional unity against Iran and highlighting Iran’s role in supporting [Palestinian] resistance groups, the daily reported.