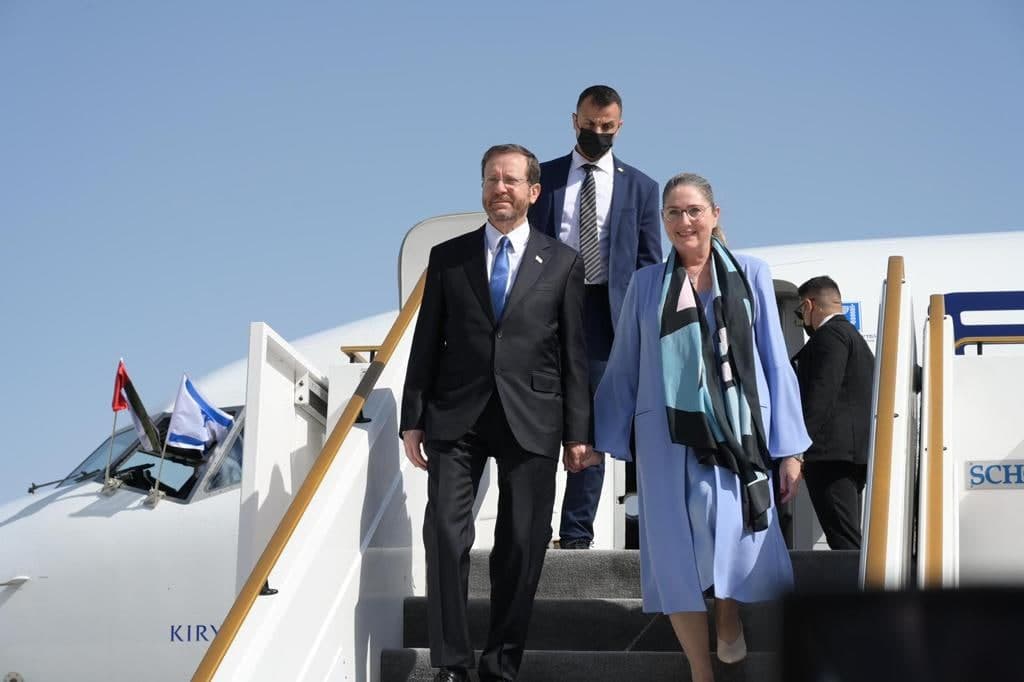 Israeli President Isaac Herzog arrived in the United Arab Emirates on Sunday on the first such visit, his office announced. He is seeking to strengthen Persian Gulf ties at a time of heightened regional tension as the world powers are trying to revive a nuclear deal with Iran.

The UAE, along with Bahrain, signed US-brokered normalisation agreements with Israel, dubbed the “Abraham Accords”, in 2020. The two Persian Gulf states and Israel share common concerns about Iran and its allied forces in the region.

En route to the UAE, Herzog’s plan flew over Saudi Arabia, which he said was “truly a very moving moment”. Riyadh and Tel Aviv do not have diplomatic ties, but Israel has announced it would like to establish a relationship with the kingdom which is home to Islam’s two holiest sites.

The presidency in Israel is a largely ceremonial post. Prime Minister Naftali Bennett visited the UAE in December.

“I will be meeting the leadership of the United Arab Emirates, at the personal invitation of Sheikh Mohammed bin Zayed, the Crown Prince,” Herzog noted earlier.

“I wish him well and I am grateful for his courage and bold leadership, carving out a peace agreement with Israel and sending a message to the entire region that peace is the only alternative for the peoples of the region,” he added.

President Herzog will also be meeting Jewish communities in the UAE, which is the region’s commercial and tourism hub.

Israel has offered security and intelligence support to the UAE against further drone and missile attacks after a deadly strike by Yemen’s Houthi group, according to a letter released on Tuesday by Israel’s leader.