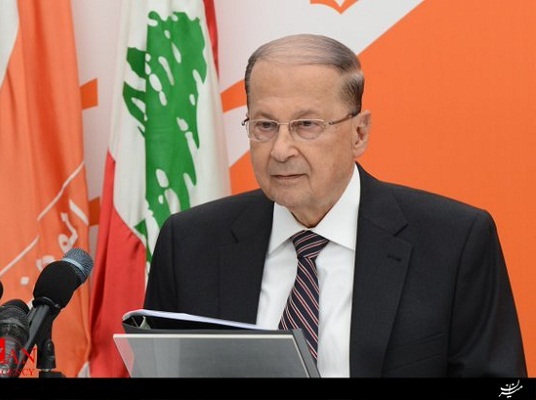 Aoun made the remarks in a statement released after he met with Acting UN Special Coordinator for Lebanon Pernille Dahler Kardel.

Michel Aoun has told UN Coordinator that Tel Aviv has violated the Lebanese border 11,000 times [from 2000] until today and it is continuing such violations consistently.

“Beirut, as a response to this, is only defending itself, complying with UN Resolution 1701,” added Aoun, according to a Farsi report by Al Alam News Network.

The UN designated a Blue Line between Lebanon and Israel after Israeli regime troops’ withdrawal from Lebanon in 2000. Since then, Lebanon has complained repeatedly of Israeli border violations, especially of its airspace.

Israel’s preparations to build a wall on the Lebanese border line are also worrying and do not comply with international border rules, the statement added.

The 33-day war on Lebanon began in 2006 with the Israeli army launching airstrikes against Lebanese cities as well as the positions of the resistance movement Hezbollah. The war resulted in the demolition of thousands of homes and the deaths of over 1,000 Lebanese civilians.

Some 162 Israelis, including 119 soldiers, were also killed during the fighting. As Tel Aviv realized that it could not bomb Hezbollah into submission, it accepted UN Resolution 1701 to end the war.