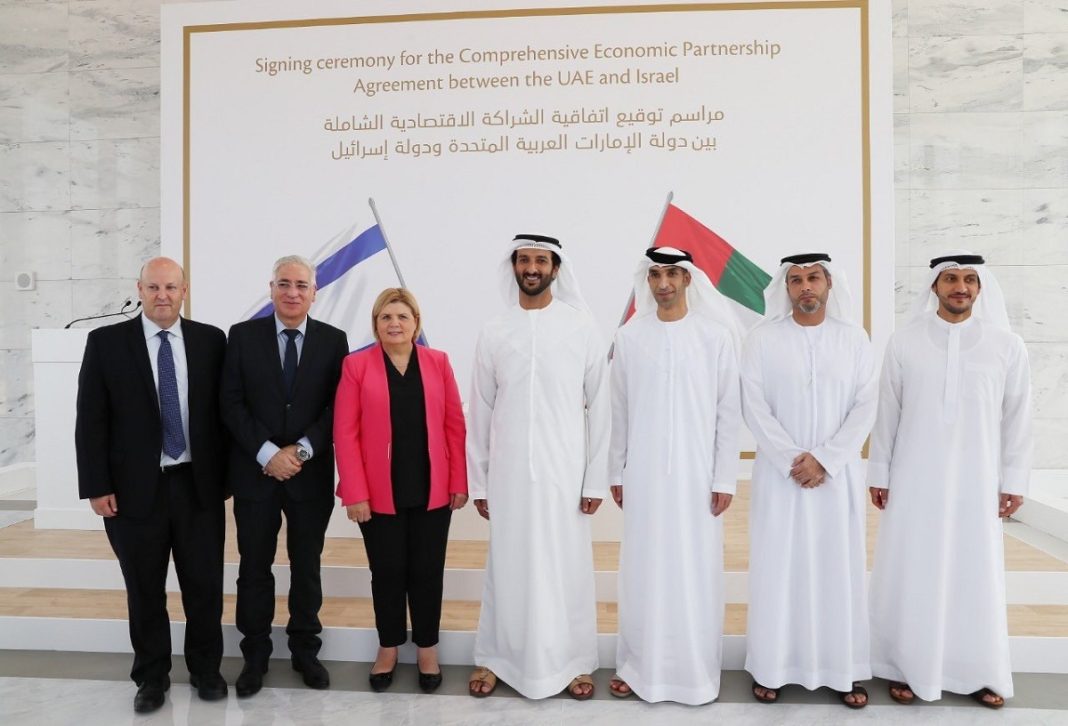 Thani al-Zeyoudi, the Emirati minister of state for foreign trade, made the announcement in a string of posts on his Twitter account on Sunday, saying the Comprehensive Economic Partnership Agreement (CEPA), which was initially inked in May, would remove or reduce tariffs on 96% of goods traded between the two sides.

He described the deal as “another major step in our foreign trade agenda,” noting the UAE-Israel Comprehensive Partnership Agreement which is ratified by both sides “will eliminate or reduce tariffs on 96% of products, providing a major boost to our industrial and service sectors.”

“Non-oil UAE-Israel trade hit US$2bn in the first 9 months of 2022, up 114% from the same period in 2021. The UAE-Israel CEPA will accelerate this progress as we create opportunities in key sectors such as advanced technology, renewable energy and food security,” he added.

Back in 2020, the United Arab Emirates and Bahrain signed United States-brokered agreements with Israel to normalize their ties with the regime. Some other regional states, namely Sudan and Morocco, followed suit soon afterward.

The normalization deals have sparked widespread condemnations from the Palestinians as well as nations and human rights advocates across the globe, especially within the Muslim world.

The much-criticized deals with Israel come as the occupying regime has been pressing ahead with its decades-long acts of aggression against Palestinians in their occupied homeland.

According to the United Nations, the number of Palestinians killed by Israel in the West Bank this year is the highest in 16 years.

Incidents of sabotage and violence by settlers against Palestinians and their property have also become a daily occurrence throughout the occupied territories, not least the West Bank. However, Israeli authorities rarely prosecute settlers and the vast majority of the files are closed due to deliberate police failure to investigate them properly.