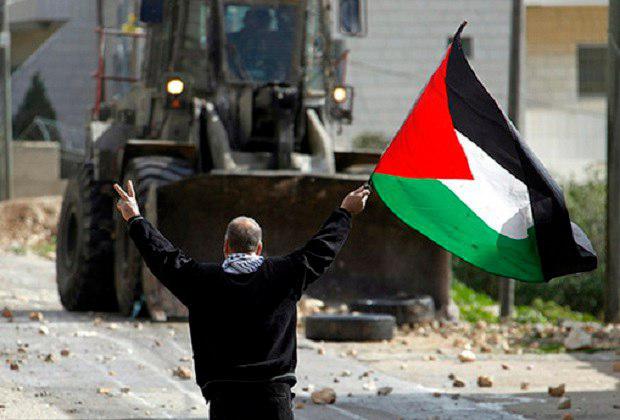 A Palestinian cleric referred to Tel Aviv’s plots to divide the Middle East, and called Muslims to coherently point their arms at Israel.

“Despite being brutally oppressed and tortured by Zionists, the Palestinian nation is still showing resistance in its own country,” senior Palestine cleric Sheikh Hossein Mohammad Qassem said on February 21, during the sixth International Conference on Palestinian Intifada in Tehran.

According to a Farsi report by ICANA, he went on to say that Palestine leaders have taught this nation never to retreat from its land.

“A unique, coherent ideology is prominent all over Palestine: we teach our children to resist the enemies.”

“The Zionist regime of Israel sought to occupy not only Palestine, but the whole region as its main target,” he pointed out. “The Israeli Prime Minister stated in 1952 that this regime intended to divide the Middle East.”

He further noted that Muslim nations should point their arms at the Tel Aviv regime.

“Quds is not just Palestine’s issue; it is for the entire Muslim world.”