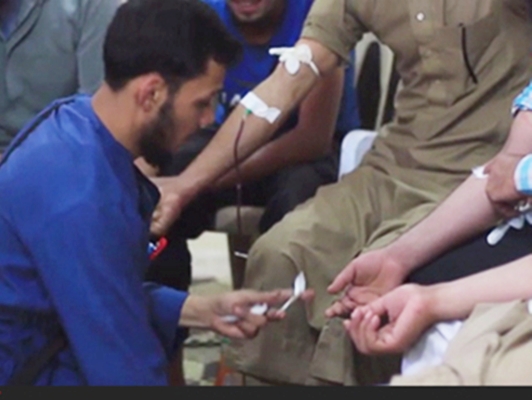 The ISIS terrorist group is reportedly forcing Syrian men living in the territories it has seized to give blood to the militants seriously wounded.

The Takfiri [extremist] group, which is known for using people as human shields and sex slaves, is now forcefully taking people’s blood to treat its fighters, as reported by ILNA and translated by IFP.

Whoever refrains from giving his blood will be sentenced by ISIS to 70 lashes.