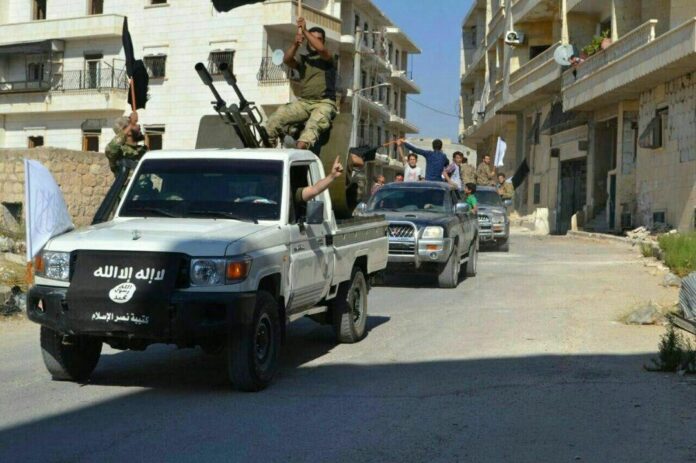 A senior Iranian lawmaker says if it was not for Iran’s foght against terrorism, the ISIS terrorist group could have reached Europe’s borders so far.

In a Monday meeting with the ambassadors of European states in Tehran, Chairman of the Iranian Parliament’s National Security and Foreign Policy Commission Heshmatollah Falahatpisheh said as field reports have revealed, if it was not for the Iranians’ sacrifices, the terrorists could have reached Europe.

“Hundreds of Iranian have lost their lives in fight against ISIS. Iran has played a key role in fight against terrorism, human trafficking and drug smuggling in the region,” he was quoted as saying in a report by ILNA.

He then expressed hope that Iran could continue its efforts in the mentioned fields.

The Iranian lawmaker also touched upon the need for close cooperation between Iran and the EU, saying Tehran and the European Union members have a cooperative approach towards international developments.

“It’s not the right time to discuss our divisions. We should put our focus on issues of mutual interest. We can postpone our discussions on divisive issues. Today, we should establish closer cooperation,”

He went on to say that through close cooperation, Iran and EU can play a key role in the strengthening of not only their mutual ties but also the international relations.

The Iranian lawmaker referred to the peaceful nature of Iran’s nuclear program and said since the beginning of controversies over the program, the Islamic Republic has always adopted a diplomatic approach to remove any misunderstandings.

“Our approach shows that we have been involved in talks with others since a long time ago,” Falahatpisheh said.

He described the Iran nuclear deal as one of the most significant diplomatic achievements of today’s world in non-proliferation area and said the internal developments of the US and its unilateral withdrawal from the nuclear accord in May have created new conditions.

“But Iran and the European states remained in the JCPOA and sought to fully implement it through international mechanisms,” he added.

The Iranian lawmaker said over the past months, Iran and the European states have been involved in talks to take some practical steps to safeguard the accord.

He went on to say that Iran and the European states follow a certain diplomacy to get their theories and practices closer to each other.

Falahatpisheh also said US President Donald Trump is one of the main violators of international treaties in today’s world.

”He has also severed his country’s relations with the European states,” he concluded.