IRGC Navy at Forefront of Encounter with Enemies: Commander 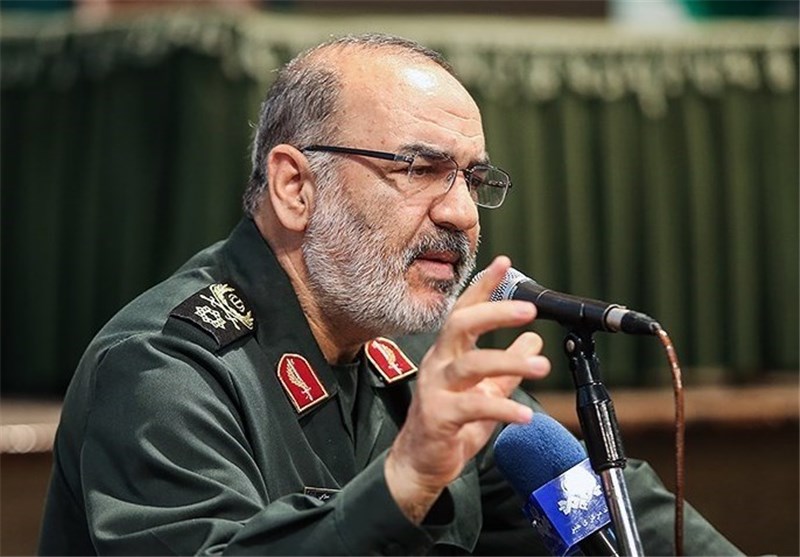 Lieutenant commander of the Islamic Revolution Guards Corps praised the IRGC naval forces for forming the first layer of confrontation with enemies, stressing the need for increasing military preparedness to deal with arrogant powers.

“The IRGC Navy makes up the edge in the global field of our confrontation with the enemy,” Brigadier General Hossein Salami said in a gathering of IRGC Navy commanders in the northeastern city of Mashhad.

Due to its presence in seas, the IRGC Navy is facing the arrogant powers head-on, the general noted, referring to the IRGC’s naval presence in the Persian Gulf, where the US has deployed forces.

Salami also lauded the IRGC’s capabilities, but underlined that progress should not stop at the current level.

Back in January, the IRGC Navy captured 10 US Navy sailors inside Iran’s territorial waters in the Persian Gulf, but released them a day later following an apology and after technical and operational investigations indicated that the intrusion into Iranian territorial waters was unintentional.

In December 2015, Leader of the Islamic Revolution Ayatollah Seyed Ali Khamenei underlined that security of the Persian Gulf region comes within the purview of the regional countries alone, and dismissed the US claim of seeking security in the region.