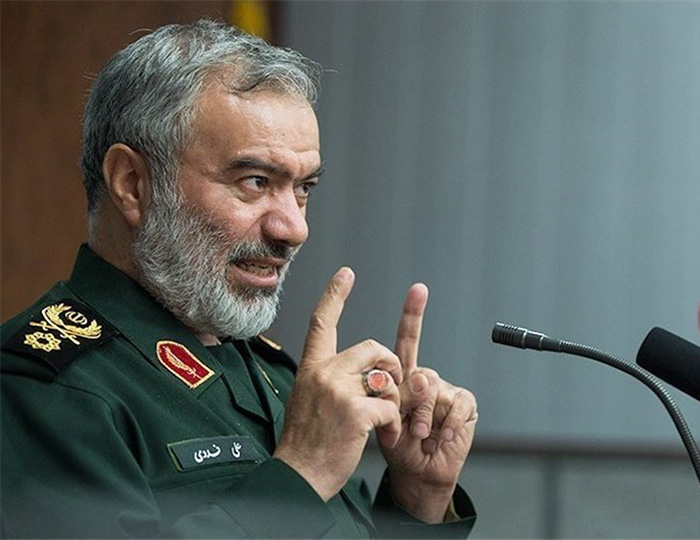 Addressing a cultural ceremony in the central city of Ardestan on Sunday, June 26, the senior commander referred to Washington’s enmity toward the Islamic Republic and described the nature of the hostility as one of falsehood against the truth.

“Since the victory of the (1979) Islamic Revolution, the Americans’ animosity toward the revolution has always existed and has taken new dimensions every year, but they have never been successful thanks to (the Islamic Republic’s) moving on the path of the truth and Islam,” Rear Admiral Fadavi said.

In every confrontation between Iran and the US, it is the Islamic Revolution that has emerged victorious, he underscored.

The IRGC Navy commander further referred to the detention of US Navy sailors in Iranian waters in the Persian Gulf back in January, and said that while there were over 60 US and French warships in the area at the time, “None of them dared to look at their weapons (and use them because they were afraid of a confrontation with Iranian forces).”

The IRGC Navy captured the 10 US Navy sailors inside Iran’s territorial waters in the Persian Gulf on January 12, but released them a day later following an apology and after technical and operational investigations indicated that the intrusion into Iranian territorial waters was unintentional.