IRGC: Bahrain’s Call for War against Iran More like a Joke 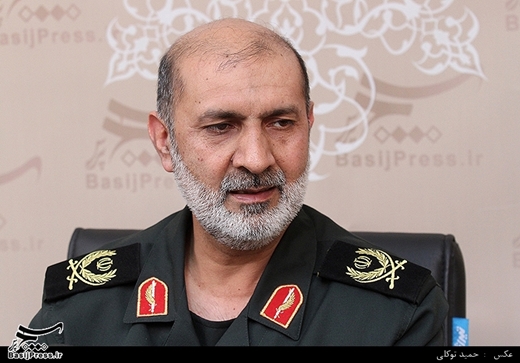 An official from the Islamic Revolution Guards Corps (IRGC) said that contemplating a war against Iran was “out of Bahrain’s league”, and suggested that they learn from the fate of Saddam Hussein, who attacked Iran in the 1980s.

Here are the remarks as reported by Mizan and translated by IFP.

The move was described by the Deputy Head of IRGC for Political Affairs, Brigadier General Rasool Sanaei-Rad, as a “political joke”.

“It is out of Bahrain’s league to be so foolish as to wage a war against Iran,” he noted, suggesting that they learn from Saddam’s fate.

“It seems that the Americans, as another part of their regional policy, have assigned Saudi Arabia the role of anti-Iran bad cop in the post-JCPOA [nuclear deal] era, and Riyadh is now getting help from small Arab countries in playing this role.”

He further referred to Bahrain as a country that considers itself totally indebted to Saudi Arabia. “Everyone knows that the Al Khalifa regime [of Bahrain] has managed to survive thanks to Al Saud’s stick.”

Such a country, he added, is trying to play the role of anti-Iran bad cop.

“The Al Khalifa regime of Bahrain suffers from instability and needs Saudi Arabia’s intervention in order for its tenuous reign to survive.”

“Today, even in Arab countries, everyone knows that Hezbollah is a strong power against the Zionist [Israeli] regime, which is the main threat to the Muslim world.”

“The Bahraini parliament’s stance on declaring war against Iran and Hezbollah is totally indicative of the fact that they are acting under the flag of the US and Saudi Arabia,” he went on to say.

“Bahrainis consider their security as being dependent on the assistance of Britons and the direct presence of Al Saud forces. This is why the Al Khalifa regime tries to justify the status quo in Bahrain by exaggerating the threats of foreign enemies (Iran and Hezbollah).”

“We should not get involved in the games of our enemies. Making enemies and causing sectarianism in the Muslim world are not at all our objectives, because the hegemony and the Zionists [Israelis] are the main enemies of the Islamic Republic,” the IRGC official noted.

He concluded his remarks by emphasizing that Iran does not welcome any war, “But the Bahrainis know that if they do anything crazy, they would face heavy retaliation from Iran.”