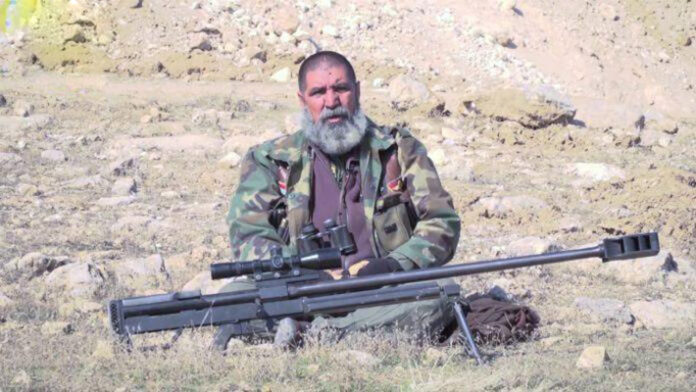 Abu Tahseen, a 63-year-old eagle-eyed Iraqi man, has proven to be quite a nuisance for the ISIS terrorist group as he has single-handedly wiped out 321 extremist fighters during various battles across the country.

Abu Tahseen is a member of the ‘Popular Mobilization Units’ (PMU) and has participated in five wars; namely, the Yom Kippur war, Iran-Iraq war, Kuwait invasion, the Gulf War and the current war in Iraq.
The seasoned sniper is now rumoured to be stationed near Mount Sinjar in northwestern Iraq, Al Masdar News reported.
Tahseen is said to be a legend amongst fellow soldiers and appeared in a video clip that was posted by the PMU to their YouTube channel.
Speaking directly to the camera, the PMU sniper describes how he killed two enemy fighters that day and two the previous day, including a man named Abu Hudaifa, an ISIS commander.
Abu Tahseen loves fighting ISIS so much that when he was once handed a month break from the battlefield, returned after just 12 days.