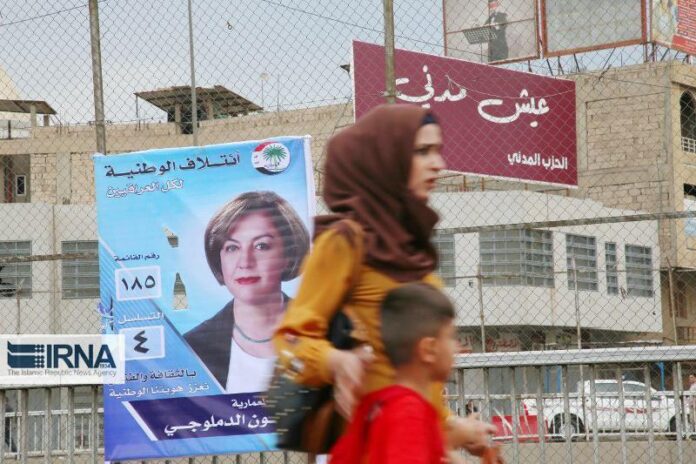 The release of sex tapes purportedly belonging to two female candidates in Iraq’s upcoming elections on the social media has sparked deep concerns among the country’s public opinion.

The main victims of the campaign, Hala Qasim al-Yaseri from the Civilized Alliance led by Faiq Al Sheikh Ali, and Entezar al-Shamri from the Victory Alliance led by Iraqi Prime Minister Haider al-Abadi, have vehemently denied the videos as fake.

They called the sex videos politically-motivated, according to a report by the Persian-language Islamic Republic News Agency (IRNA).

Experts say a new software application has been developed by Israel which can fabricate sex tapes drawing on the man or woman’s photos.

“The software is developed by the Zionist regime to tarnish the image of Muslims in the world and suppress the people who are against them,” experts say.

Following the release of the vulgar videos, Entezar al-Shamri who also serves as a university professor in Baghdad withdrew from the election competition. There is no report yet on the withdrawal of Hala Qasim al-Yaseri.

Over the past years, similar videos have been released in Iraq with the aim of tainting the image of artists and media figures, mostly women. But this is the first time that election candidates are targeted directly by such videos.

Some political leaders in Iraq have harshly reacted to the fabricated videos, saying some foreign hands are at work to defame Iraqi women.

Many others resemble the new video campaign to a report by Saudi paper Asharq Al-Awsat published two years ago claiming the huge turnout of Iraqi women in Arbaeen pilgrimage is mainly due to their devil goal to satisfy their sexual demands.

Arbaeen is a Shiite Muslim religious observance that occurs forty days after the Day of Ashura and commemorates the martyrdom of Imam Hussein, the grandson of Prophet Muhammad (PBUH).

The report sparked massive protests in Iraq so much so that the Saudi paper was forced to apologize to the Iraqi nation.

Iraq is preparing for its fourth parliamentary and provincial assembly polls since the country ousted long-time dictator Saddam Hussein in 2003. Scheduled to be held on 12 May, the elections will decide 329 members of the Council of Representatives who will in turn elect the Iraqi President and Prime Minister.

6,904 candidates have registered to run for elections. The figure is less than that of 2014, when 9,000 candidates put their names in the ring. According to reports, around 90% of the candidates are incumbents and election turnout is expected to be less than 60%.

Iraq’s 2005 Constitution reserves a quarter of the seats in the Parliament for women, but in practice, women hold only about 17%.