Iraq Allows Iranian Traders to Open Accounts in Its Banks 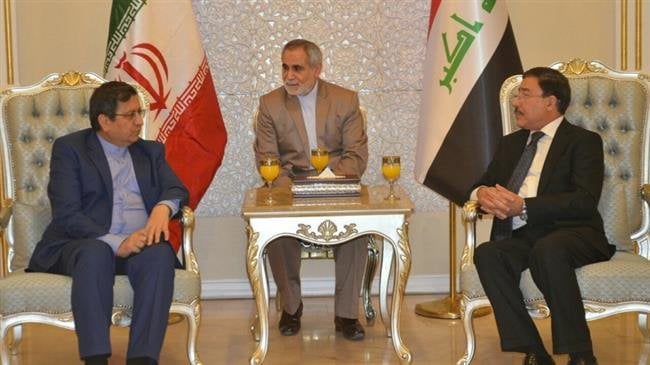 Iranian traders can open accounts with Iraqi banks to carry out their transactions under a new payment system between the two countries, Iran's central bank governor Abdolnaser Hemmati said Wednesday.

“According to an agreement reached with the Central Bank of Iraq, Iranian exporters can operate through Iraqi banks, and in this regard, Iranian banks can have dinar-denominated accounts in Iraqi banks,” he said.

On Tuesday, Iran and Iraq agreed on a payment mechanism that will enable the two neighbors to do business in the face of US sanctions on Tehran.

The mechanism was discussed in a meeting between Hemmati and his Iraqi counterpart  Ali Mohsen Ismail al-Alaq in Baghdad and the details were signed off on a document Tuesday night.

“According to the agreement, the Central Bank of Iran will have euro- and dinar-denominated accounts in Iraqi banks and gas and oil exchanges will be carried out via these accounts,” he said.

“Iraqi companies can also open accounts in Iranian banks and do trade in dinars,” said Hemmati who also announced that he agreed with a request for Iraqi banks to open branches in Iran.

“Therefore, with these agreements and the blessing of the Iraqi prime minister, banking relations between Iran and Iraq will be much stronger, and the expansion of trade relations between the two countries will take shape on this basis,” he added.

Hemmati arrived in the Iraqi capital on Tuesday to discuss banking relations and a payments backlog related to Iran’s gas and electricity exports to the Arab country, he wrote on his Instagram account.

Iraq is Iran’s biggest trade partner, but their relations are increasingly coming under pressure from the US which imposed unilateral sanctions on Tehran in May after abandoning an international nuclear agreement.

On Tuesday, Minister of Petroleum Bijan Zangeneh summed up the tricky situation.

“Every month, $200 million worth of Iranian gas is exported to Iraq which does not pay it, saying you are under sanctions. At the moment, we have $2 billion owed by Iraq for the gas and electricity sold to the country,” he said.

“We had an oil swap from Kirkuk. After the sanctions, the Iraqis stopped that too,” Zangeneh told a news conference in Tehran.

The swap deal was agreed at the end of 2017, under which Iraq was about to truck 60,000 barrels per day (bpd) of crude oil to Kermanshah in western Iran. Iraq’s southern Basra port would receive the same amount of crude from Iran either by tanker or pipeline.

The Iraqis made several batches of shipments but stopped them prior to Washington’s sanctioning of Iran’s oil sector on November 5.

Nevertheless, Iraq relies on Iran for electricity and consumer goods and trade ties are still strong.

Basra was hit by violent protests which spread to other cities last summer, partly because of a halt of Iranian electricity exports.

Iranian officials have said the country is pushing forth with a 2025 vision plan to raise its exports to Iraq to $20 billion a year despite US pressures on Baghdad to keep Tehran at arm’s length.

Foodstuff, livestock, construction material and plastic products constitute the bulk of Iran’s exports to Iraq. Iranian vehicles and food items are a ubiquitous sight in Iraq.