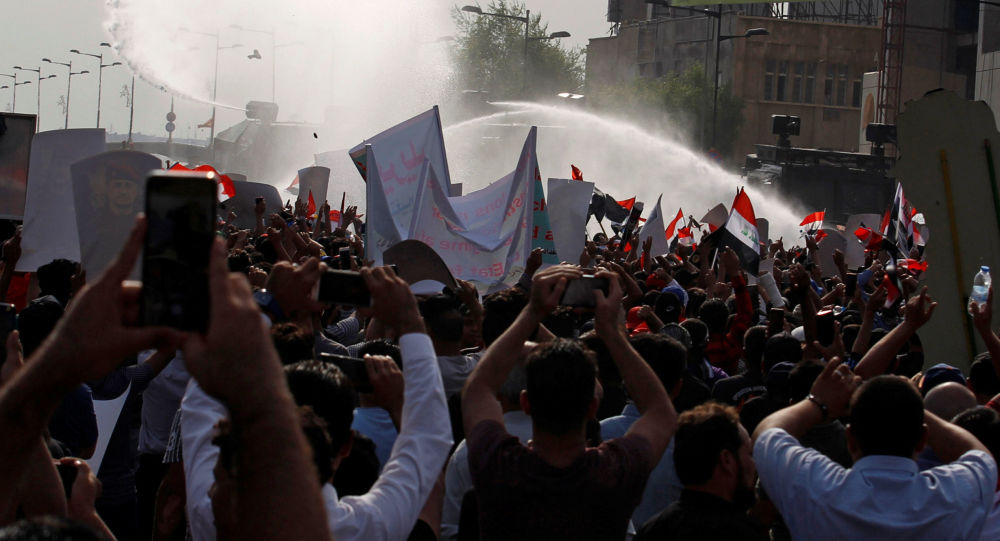 Iran’s Foreign Ministry has released a statement in reaction to the recent scattered unrest in some Iraqi cities, and issued a travel advice for Iranian Arba'een pilgrims.

“Expressing regret over the scattered unrest in some cities of Iraq, the Ministry of Foreign Affairs of the Islamic Republic of Iran is confident that the Iraqi government and nation will work with all groups, parties and personalities, especially the grand Marja’s and other religious authorities and political leaders to calm the current tense situation,” the Thursday statement read.

“The Ministry of Foreign Affairs is confident that the Iraqi nation and government will not allow the continuation of certain moves that are to the detriment of the Iraqi people and that let the foreigners take advantage of the situation,” it added.

“Stressing the importance of the great march of Arba’een and the necessity of holding this magnificent congregation, the Foreign Ministry calls on the Iranian faithful people and the Ahl al-Bayt (PBUH) lovers to postpone their visit to Iraq until calm is restored to the country, and to pay close attention to the warnings of political and security officials,” the statement said.

Some protesters and one policeman have been reportedly killed in Iraq’s southern city of Nasiriya and the capital of Baghdad over two days of unrest.

The holy cities of Kabala and Najaf, where the annual religious gathering of Arba’een is bring held, were the scene of demonstrations as well.

It is said that people are angry about unemployment, corruption and poor public services, but growing unrest days before Arba’een congregation especially in the religious cities of Karbala and Najaf does not seem to be a coincidence.

Many believe it is a foreign plot to make the country unstable during the world’s largest religious gathering.

Hashd al-Shaabi has called on the Iraqi government to go through diplomatic channels by submitting complaints to the United Nations, adding that different factions will meet in the next few days in Baghdad.

Hashd al Shaabi has stressed that “all options are on the table, especially since we reserve the right to respond – and the Zionist entity is not far from the range of fire.”