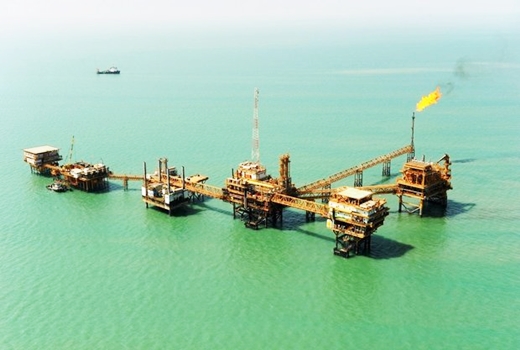 An NIOC official has announced that Iran's sales of crude oil will reach 2mn barrels per day (bpd) in the current year.

“Royal Dutch Shell and BP (British Petroleum industry company) mark two oil buyers of Iranian crude and in case of reaching an agreement, a part of the delivered oil will be exploited in South African refineries,” he continued.

Ghamsari went on to note “talks have also begun with Vitol S.A. of Switzerland as well as Hungary’s MOL Group though no final agreement has been reached.”

“Negotiations with Italian oil companies of Eni and Saras S.p.A. in addition to Turkey’s Tüpraş are still being pursued,” highlighted the official.

NIOC seeks to ship a portion of crude barrels to newly-emerged markets in Eastern Europe instead of China or India in order to diversify export markets as well as to reach the aim of rising daily sales volume by one million barrels.

The first cargo of Iranian crude sold to Russia’s Lukoil has been delivered to a Romanian refinery while relevant talks have been launched with several other East European starts including Switzerland, Hungary, Austria, Czech Republic, Lithuania, Poland, Slovenia as well as Serbia.

Ghamsari estimated that the volume of Iran’s crude exports will amount to two million barrels per day by the end of the year 2016 upon inking new oil sales contracts.

“Malaysia’s PETRONAS (Petroliam Nasional Berhad) oil and gas company has also been a traditional oil customer as deals to deploy 50 to 60 thousand barrels of crude oil to the East Asian company will soon become finalized,” the official concluded.