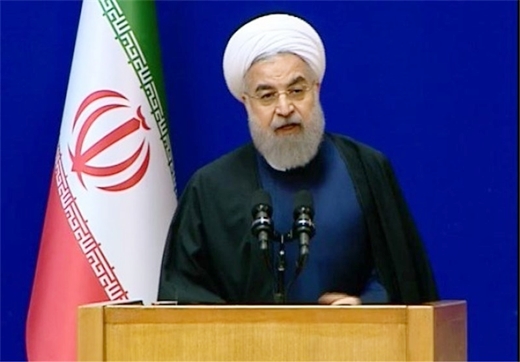 Iranian President Hassan Rouhani said the country’s exports of oil will be soon equal to the level of the pre-sanctions era, noting that part of the banking problems will be also fixed.

In an address to a meeting of the administration and the incoming parliament, held in Tehran on Saturday May 7, President Rouhani said the oil exports will increase to previous levels soon.

A host of Western sanctions against Tehran had caused Iran’s crude production to drop by about one million barrels/day.

The Joint Comprehensive Plan of Action (JCPOA), a lasting nuclear deal between Iran and the Group 5+1 (Russia, China, the US, Britain, France and Germany), terminated all nuclear-related sanctions on Iran.

The agreement took effect on January 16.

Elsewhere in his remarks, President Rouhani said part of the existing banking problems will be also resolved and the other obstacles will be removed gradually.

The comments come against a backdrop of growing concerns that the JCPOA has not led to any major breakthroughs in Iran’s financial transactions with foreign banks and companies.