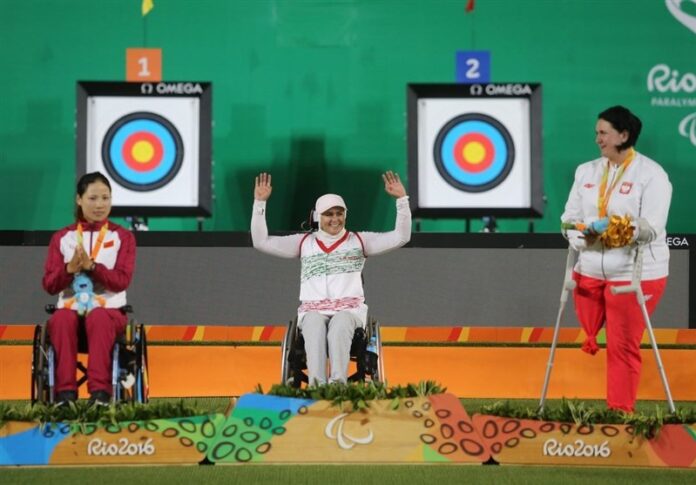 Iran’s Zahra Nemati and USA’s Andre Shelby were named women’s and men’s Para archers of 2016 by World Archery at a gala held in Las Vegas, USA, as part of the annual Vegas Shoot on 10 February.

Nemati made her Olympic debut in Rio weeks before the Paralympics. She won her second individual Paralympic title in the women’s individual recurve open in the Brazilian city. She also took silver in the mixed team recurve open with Ebrahim Ranjbarkivaj.

The 31-year-old took up archery after suffering a spinal cord injury in 2003. She has focused on inspiring women in sports and life, Paralympic.org wrote.

“To know that I can touch other people, that is important,” Nemati said.

The World Archery Awards have been in existence since 2014 for athletes, officials and volunteers who displayed exceptional performance and have made a contribution to the sport.

In 2016, the volunteer of the year award was presented to the sport volunteers of Rio for their hard work and dedication throughout the Olympic and Paralympic Games.