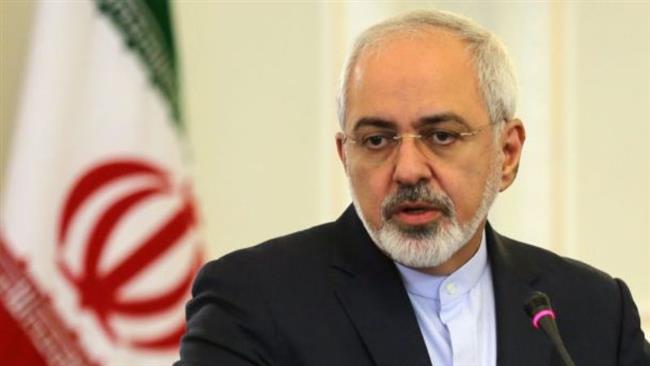 Iranian Foreign Minister Mohammad Javad Zarif will address an extraordinary summit of the Organization of Islamic Cooperation (OIC) on the Israeli crimes against the Palestinians.

“Based on basic principles of Iran’s foreign policy on Palestine, the Islamic Republic of Iran will declare its position in this extraordinary meeting [of the OIC] on measures taken by the Zionist regime and the threats it poses to the Muslim world,” Zarif told reporters upon arrival in Indonesia’s capital of Jakarta on Sunday.

Zarif praised the Indonesian government for hosting the “important” OIC meeting in a proper time, saying that he would hold talks with the country’s officials on ways to bolster mutual relations.

Heading a high-ranking politico-economic delegation, Zarif arrived in Jakarta Sunday on the first leg of an official visit to six Southeastern Asian and Pacific countries.

The 5th Extraordinary Islamic Summit on Palestine and Al-Quds Al-Shareef under the theme of “United for Just Solution” will be held in Jakarta on March 6 and 7, according to the OIC website.

Indonesia will host the two-day extraordinary OIC summit upon the request of Palestinian President Mahmoud Abbas in a bid to consolidate the organization’s efforts to support the Palestinian people in their struggle for their rights and prepare the ground for the resumption of the peace process within a specific agenda and timetable.

The occupied Palestinian territories have been the scene of heightened tensions triggered by Israel’s imposition in August 2015 of restrictions on the entry of Palestinian worshipers into the al-Aqsa Mosque compound in East al-Quds.

More than 190 Palestinians, including children and women, have lost their lives at the hands of Israeli forces since the beginning of last October.

After his visit to Indonesia, Zarif will head for Singapore and Brunei for talks.

On the fourth leg of his tour, the Iranian minister will set off for Thailand to participate in the 14th Asia Cooperation Dialogue (ACD) Ministerial Meeting.

Zarif will then travel to New Zealand and Australia to discuss ways to improve relations in various fields before wrapping up his six-nation tour.