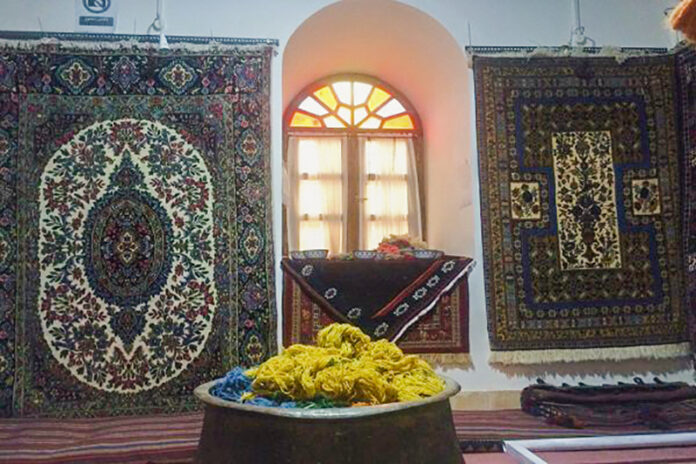 An ancient building in southeastern Iran has been converted into a museum of traditional professions which draws large number of visitors.

A historical school in the southeastern Iranian city of Kerman has been restored and renovated, and renamed as “Economuseum.” It is a place where visitors can get familiar with different traditional professions in the city.

To begin with, the Great Bazaar of Kerman has numerous attractions. Anyone who enters the market can spend hours visiting the historical monuments there, including old small workshops. Elderly men have still kept alive ancient, and probably forgotten professions in the province.

According to a Farsi report by Mehr News Agency, one of the ancient monuments in the main passageway of the bazaar was recently restored.

Visitors can now see for themselves the traditional professions of the people of Kerman there. Each chamber is dedicated to a certain art and industry. Pottery, carpet weaving, rug weaving, and a symbolic decorated room which suggests Kermanis decorate the rooms in their homes. A public path at the monument is going to be retrofitted and brought into service, too. This place is known as the Lady Bibijan School. The building was opened to public in 2015 as the Econonomuseum of Professions, hosting visitors and tourists.

The historical building constructed in 1888 was first used as a joint Iran-UK bank. Later on, after the bank was transferred to the British consulate, the building was renovated in 1933 to be used by students. In 1941, it was named after lady “Bibi Hayati,” and used as a school until 1977. Then it was abandoned and became defunct. And several years ago, it was restored and turned into a museum.