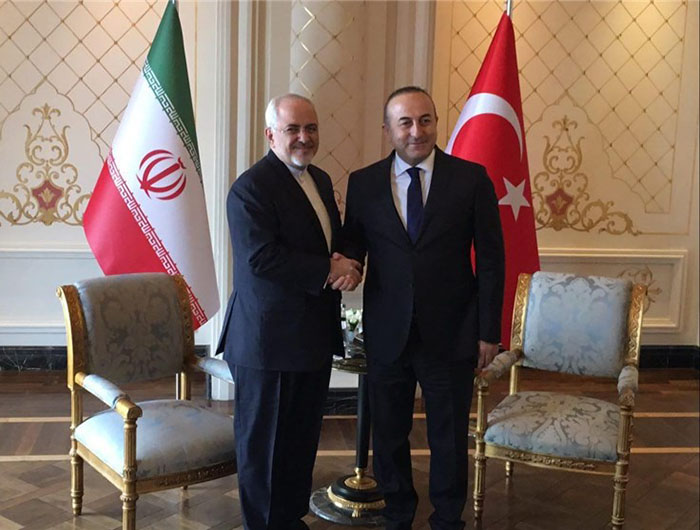 Iranian Foreign Minister Mohammad Javad Zarif and his Turkish counterpart Mevlüt Çavuşoğlu spoke by phone for the third time on Saturday to discuss the latest developments in the wake of a midnight, abortive military coup in Turkey.

In the conversation, Çavuşoğlu updated the top Iranian diplomat on the current situation in Turkey after the coup.

Hours after the coup was launched by a faction in the Turkish armed forces late Friday, the top Iranian diplomat voiced concern about the situation in the neighbouring country.

“Deeply concerned about the crisis in Turkey; Stability, democracy & safety of Turkish people are paramount. Unity & prudence are imperative,” Zarif wrote on his Twitter page.

And after reports that the coup has been crushed by the government, Zarif tweeted, “Turkish people’s brave defence of democracy & their elected government proves that coups have no place in our region and are doomed to fail.”

The coup attempt was led by Col. Muharrem Köse, a former Turkish military officer who was dishonourably discharged in March 2016 for his alleged association with anti-government and US-based dissident Fethullah Gülen.

Gülen’s movement known as Hizmet, once claimed as many as 2,000 officers within the Turkish military prior to crackdowns by Turkish President Erdogan.

Supporters of Gülen have long attempted to use the judiciary to advance corruption investigations against Erdogan sparking a bitter divide between the two groups. Turkish authorities accuse Gülen of attempting to form an opposing “state within a state” known by many in Turkey as the “Parallel Structure.”