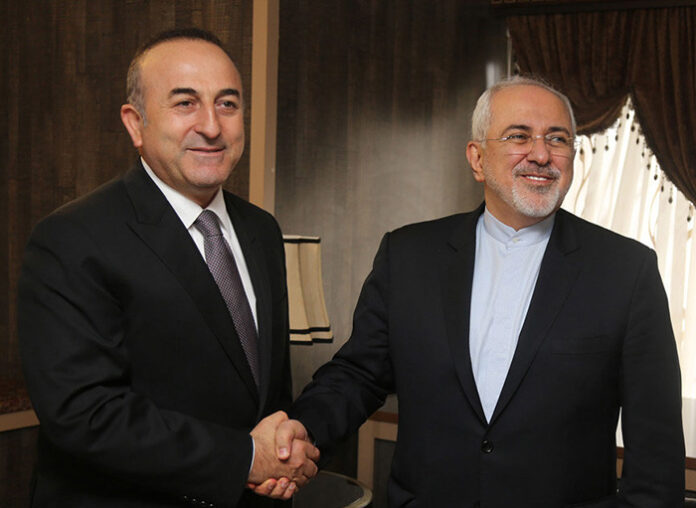 Iranian Foreign Minister Mohammad Javad Zarif has made a number of calls to his Turkish counterpart Mevlüt Çavuşoğlu to get updates on the situation after a midnight coup in Turkey, an Iranian spokesperson announced.

Spokesman for Iran’s Supreme National Security Council (SNSC) Keivan Khosravi said on Saturday morning that the top Iranian diplomat is getting the latest news in Turkey from his Turkish counterpart to adopt the necessary security and political plans.

He also noted that the SNSC is going to hold a meeting in Tehran before noon to review the latest developments in neighbouring Turkey.

Khosravi said the Supreme National Security Council has been vigilantly monitoring the situation following the attempted coup in Turkey to deal with possible consequences.

The spokesman further hailed the Turkish people’s role in defending democracy and stability, and condemned the coup plot.

Earlier in the morning, an informed source in Turkey told Tasnim that there has not been any call for help from Iranian nationals and tourists in Turkey amid the chaotic situation.

The source also noted that Iran’s diplomatic missions in Turkey are safe and sound, and the unrest has not done any damage to the buildings of embassy and consulates in Turkey.

In a statement following a terrible night in Ankara and Istanbul, Iran’s Foreign Ministry called on Iranian nationals in Turkey, including residents or tourists, not to leave their places until further notice, avoid any gathering and heed warnings by the Turkish security officials.

The coup, launched by a faction in Turkey’s armed forces, appeared to crumble in the early hours of Saturday after crowds answered President Recep Tayyip Erdoğan’s call to take to the streets to support him.

Erdogan, who had been holidaying on the southwest coast when the coup was launched by a faction in the armed forces, flew into Istanbul before dawn on Saturday and was shown on TV appearing among a crowd of supporters outside Ataturk Airport.