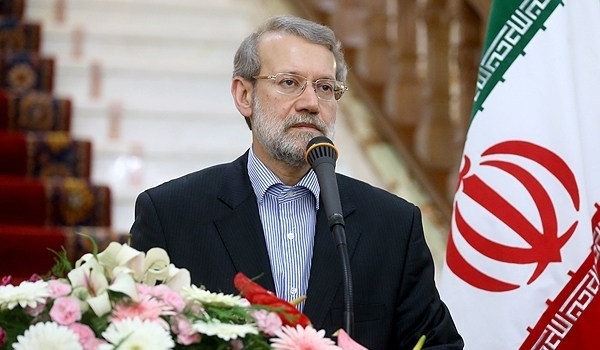 Iranian Parliament Speaker Ali Larijani underscored the necessity for the further broadening of parliamentary relations and cooperation between Tehran and Astana.

Larijani made the remarks in a meeting with his Kazakh counterpart Yakoubov on the sidelines of Eurasia parliamentary meeting in Moscow on Tuesday.

He also stressed the importance of expansion of trade relations between the two countries and their mutual cooperation in fight against terrorism, and warned, “Terrorism is spreading in the region and the ISIL has become active in Afghanistan.”

Yakoubov, for his part, underscored sustainable relations with Iran, and said, “In our view, Iran is among the most important regional states and we have a good perspective in developing relations.”

Kazakhstan’s Ambassador to Tehran Baghdad Amiriyev had said last year that his country would prioritize expansion of trade and industrial ties with Iran, and that it has provided exceptional conditions for the activity of some Iranian companies in Astana.

In December 2014, Kazakhstan Foreign Minister Yerlan Idrisov urged Tehran and Astana to enhance the level of their economic ties to bolster cooperation in trade and commercial fields.

“My country is interested in the broadening of ties with Iran, especially in economic and trade areas,” said in Astana.