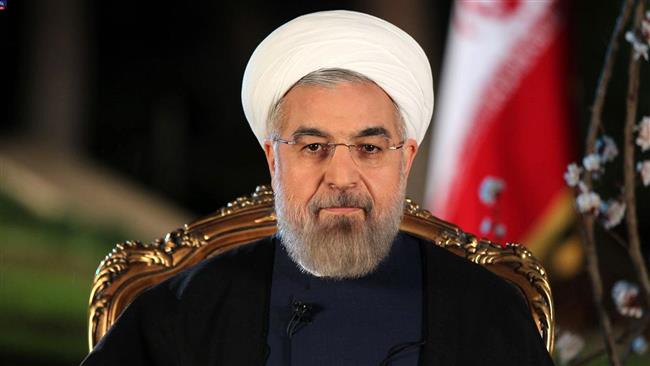 May our shared Abrahamic roots deepen respect and bring peace and mutual understanding,” the Iranian president said in a tweet.

Iranian President Hassan Rouhani has wished a happy new year for the Jewish community all over the world.

On Sunday, President Rouhani congratulated Jews, voicing hope that common “Abrahamic roots” will pave the way for the creation of more “respect” and “understanding” between Muslims and Jews.

“May our shared Abrahamic roots deepen respect & bring peace & mutual understanding,” the Iranian president said in a tweet, ending his message with the Hebrew phrase “L’Shanah Tovah,” meaning “May it be a good year.”

Below the message was a photo of Iranian Jews praying in a synagogue in Yousefabad Synagogue in Tehran.

About 9,000 Jews currently live in Iran, mostly in the cities of Tehran, Isfahan, and Shiraz.  Under the Iranian constitution, the country’s Jews are represented in parliament.