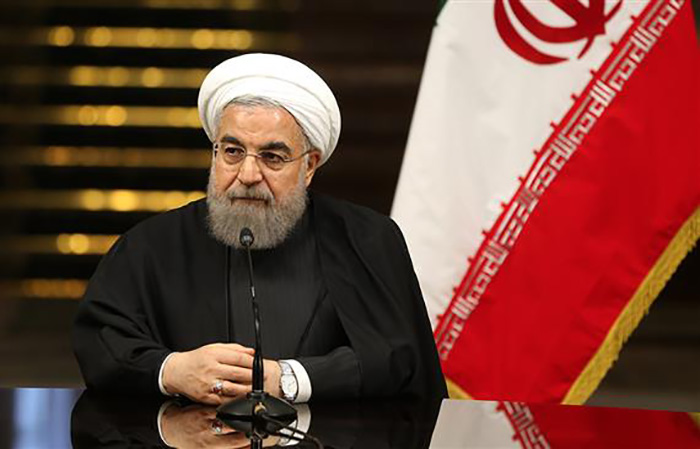 Iranian President Hassan Rouhani voiced concerns over the spread of extremist groups who act in the name of Islam, calling on all Muslim governments and scholars to promote unity and present the “true image” of the religion.

Speaking at a meeting with leaders of the US Islamic community in New York on Tuesday evening, President Rouhani highlighted the problems facing the Muslim world, including the emergence of extremist groups acting in the name of Islam.

“Islam and Muslims have been faced with a lot of problems over the past decades,” he said, noting however, that in all historical periods, Muslim intellectuals and true warriors have been able to safeguard Islam and the Islamic culture.

Today, the fundamental duty of all Muslim governments and intellectuals is to protect and present the true image of Islam, he said, adding that in order to protect their interests, Muslims should focus on the commonalities, which are the holy Quran and the life of the Prophet (PBUH).

“Unfortunately, some Islamic governments are not fulfilling their duties to address the current crises and some of them are influenced by hegemonic powers and this has complicated the problems,” the Iranian president went on to say.

Takfiri terrorist groups like Daesh (also known as ISIS or ISIL) have emerged in the Middle East, which are believed to have been created and supported by the West and some regional Arab countries.