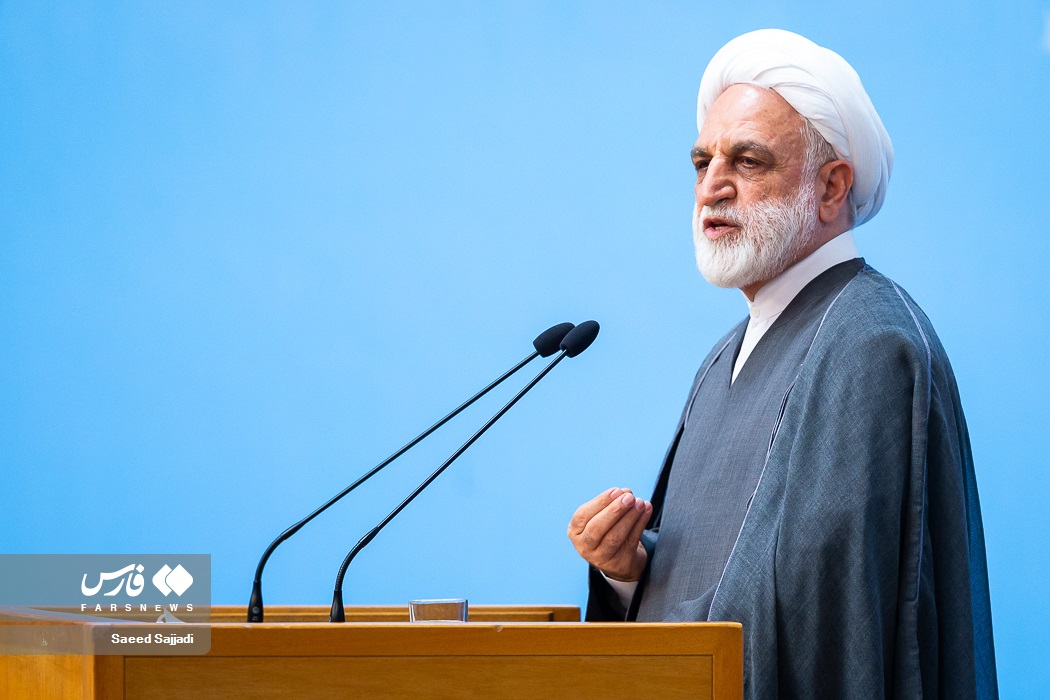 Iranian Judiciary Chief Gholam Hossein Mohseni Ejei says the fire that on Saturday broke out in Tehran’s Evin Prison was a “crime committed by the enemy’s agents”.

He made the remark in a meeting of the Judiciary’s Supreme Council on Monday.

Four detainees convicted of financial crimes lost their lives “due to smoke inhalation.” Four other prisoners injured in the incident, succumbed to their injuries on Sunday evening, bringing the latest number of fatalities to eight.

Meanwhile, 61 people were injured in the incident.

“We saw a small number of people trying to set fire to a workshop built to provide employment for prisoners….a meeting hall built to develop inmates’ talents was also set on fire”, the Judiciary chief said.

Mohseni Ejei called for the immediate trial of the main perpetrators of the recent riots, saying the trials should be held publicly in compliance with the law so that people are aware of the crimes of these rabble-rousers.

Anti-Iran media outlets outside the country were too quick to link the fire in Evin Prison to protests over the death of 22-year-old girl Mahsa Amini who died at a police station last month.

Authorities have categorically denied this.