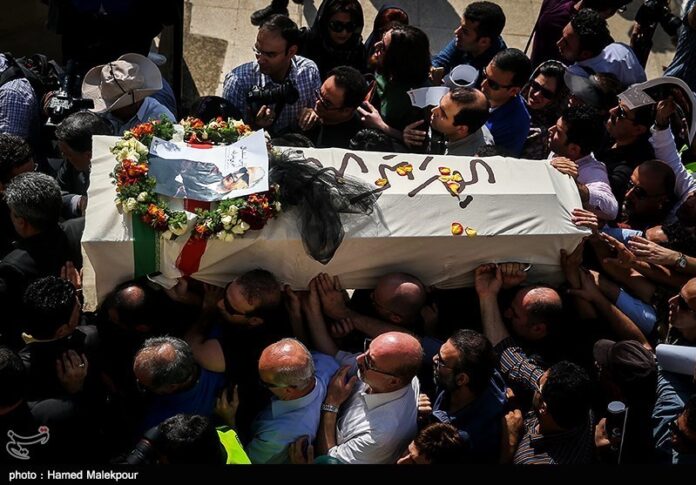 Celebrated Iranian film director, Abbas Kiarostami, was laid to rest after a funeral service held in the Iranian capital Tehran on Sunday with a large number of Iranian people and actors in attendance.

A large crowd of mourners attended the funeral of Kiarostami, known as a sophisticated master of cinematic poetry.

Many Iranian cinematic figures and officials along with people from different walks of life took part in the funeral procession.

Kiarostami, the multi-award-winning director, whose 1997 film Taste of Cherry was awarded the Palme d’Or at the Cannes film festival, died at the age of 76 in Paris on July 4.

Based on his own will, Kiarostami’s body was buried in Lavasan, northeast of Tehran.