Iran Warns It Can Immediately Speed Up Nuclear Activities 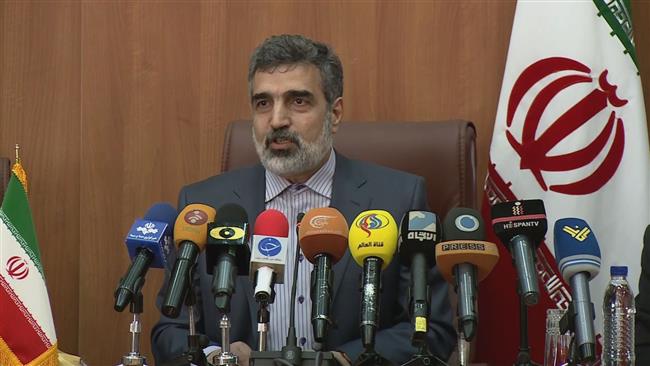 An Iranian nuclear official says Iran is capable of multiplying the pace of its nuclear activities — especially uranium enrichment — compared to the time when an international deal on its nuclear program had not yet been concluded, implying that that will happen if the United States violates the deal.

Behrouz Kamalvandi, who is the spokesman for the Atomic Energy Organization of Iran (AEOI), said on Wednesday that the body had reported to the country’s highest authorities about its capacity to increase the pace of nuclear activities to several times the speed at which they were underway prior to the deal.

The nuclear agreement was finalized by Iran and the P5+1 countries — namely the US, Russia, China, France, Britain, and Germany — in July 2015 and took effect in January 2016.

Barring the US, all parties to the deal have been stressing that the accord should stand. US President Donald Trump, however, sees the deal as a legacy of his predecessor — former president Barack Obama — that he should undo.

Trump faces a Friday deadline to announce whether he would certify Iranian compliance with the deal under domestic US law. He has once certified that compliance but refused to certify it another time. If he once again refuses to certify on Friday, the US Congress may decide to reimpose a series of sanctions that have been waived under the deal. That would be a major violation of the agreement.

Kamalvandi said if the sanctions waivers are not extended, Iran “will naturally take necessary measures.”

While he did not link potential increased Iranian nuclear activity to the US violation of the deal, that seemed to be the message of his Wednesday remarks.

“Of course,” he said, “the speed, and the scale and percentage of enrichment as well as other activities would be dependent on what authorities would decide… What matters is the capacity to implement major decisions, which we enjoy at the AEOI.”

Kamalvandi also referred to a recent telephone conversation between his boss, AEOI Director Ali Akbar Salehi, and the director general of the International Atomic Energy Agency (IAEA), Yukiya Amano, in which Salehi had had warned Iran would take unspecified measures on the day after the US potentially violates the deal.

Under the nuclear deal, Iran undertook to apply certain limits to its nuclear program in exchange for the termination of all nuclear-related sanctions against Tehran.

The IAEA, which is the official institution to verify Iranian compliance, has consistently confirmed Iranian commitment to its contractual obligations.