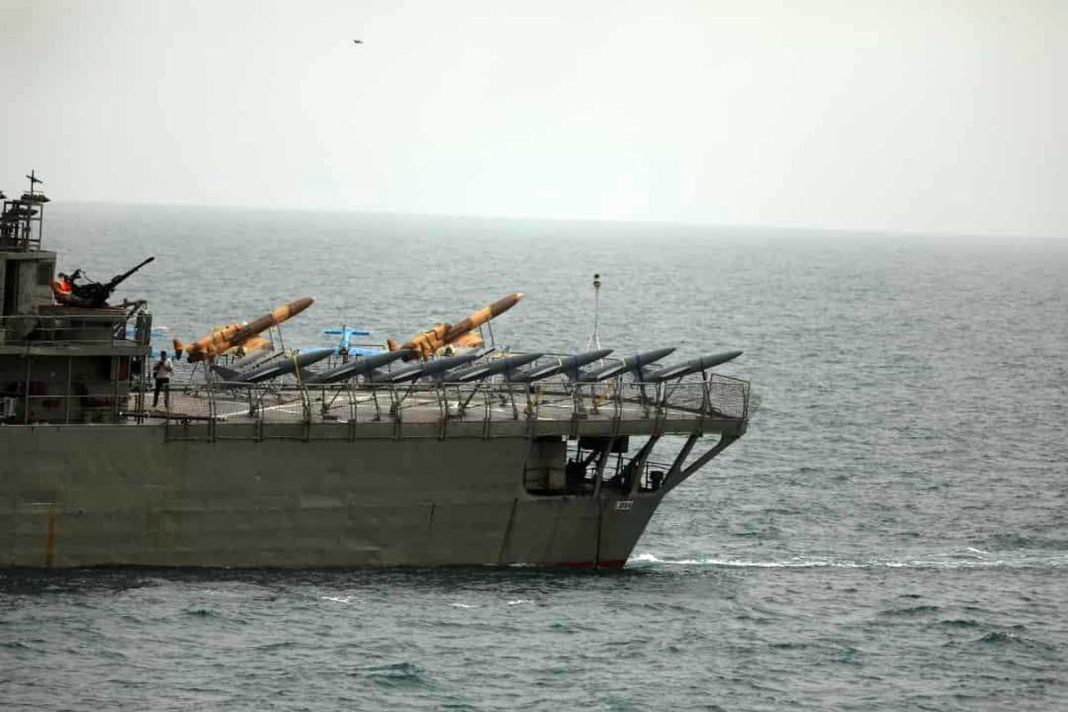 Iran's Navy unveiled its drone carrier ships in the Persian Gulf. This is the first flotilla of drone carriers unveiled by the Navy.

The ceremony was held in the presence of the Commander of the Iranian Army General Mousavi.

In the ceremony, all types of advanced drones including Pelikan, Homa, Arash, Chamroush, loobin, Ababil 4 and Bavar 5 which are produced by the Army and the Defense Ministry jointly with knowledge-based companies displayed their capabilities.

The unmanned aircraft are capable of conducting reconnaissance and combat operations in a diameter of 1,000 kilometers from their control center at sea.

The homegrown UAVs have a broad range of capabilities including the ability to take part in various reconnaissance and combat operations.