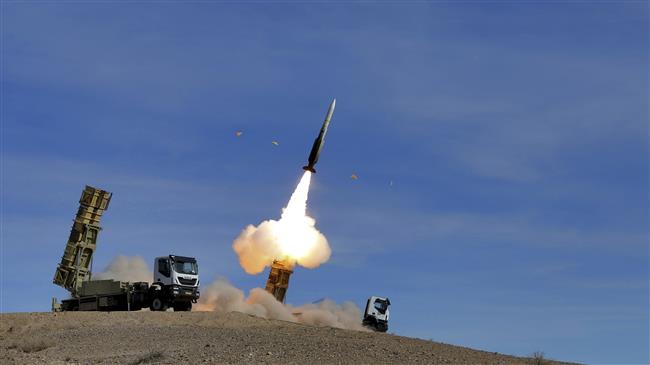 The spokesman for Iran’s Armed Forces says in case of any aggression against the Islamic Republic, Iranian forces will target the interests of the United States and its allies at any place and on any territory.

Brigadier General Abolfazl Shekarchi made the remarks in an exclusive interview with Fars News Agency on Sunday, emphasizing that the power of the Islamic Republic of Iran is not limited to Iran’s geographical borders and is transregional in nature.

“Even if a country is not directly involved in a possible war [against Iran], but its territory is used by the enemy, we would consider that country hostile territory and treat it like an aggressor,” the top Iranian military official noted.

Iran has repeatedly announced that it has never launched and will never wage a war, he said, adding, “If an aggressor commits a strategic mistake, the aggression will be answered with the highest and toughest force to make them regret [their act of aggression and Iran’s response would be given] over a geographic expanse beyond what the ill-wishers of the Islamic Republic could imagine.”

Shekarchi said the hollow nature of the power of the US and Britain has become clear to the world.

He noted, “Radar equipment, arms and air defense systems, for whose sale the resources of Muslim countries and nations of the region had been plundered, failed their test in a shameful manner in the case of Yemeni forces’ attack on Saudi Arabia’s Aramco and the world came to realize extreme weakness and humiliation [of the Western countries] in this field.”

Chairman of the Chiefs of Staff of the Iranian Armed Forces Major General Mohammad Baqeri on October 22 underscored the Islamic Republic’s deterrent power, warning that enemies will have to pay heavy costs if they carry out any act of aggression against the country.

“The enemy should know that if an act of aggression is launched against the borders of the Islamic homeland, it will face a united nation which follows Leader [of the Islamic Revolution Ayatollah Seyyed Ali Khamenei] and has strong and powerful Armed Forces,” Baqeri said.

Elsewhere in his interview, the Iranian commander emphasized that Yemen’s attack on Saudi Arabia’s Aramco oil processing plants in September brought disgrace on the US and Britain.

The Yemeni Houthi Ansarullah movement took credit for the attacks and stressed that they came in response to the Saudi-led war on their country. However, Riyadh and Washington — the main sponsor of the war on Yemen — pointed the finger at Iran, without providing any evidence.

A report by the Financial Times said in October that Saudi Arabia has lost $2 billion worth of its oil production after Yemen’s retaliatory attacks on the kingdom’s vital energy infrastructure.

The country’s output fell by nearly 1.3mn barrels a day in September, from the previous month, according to data submitted to the Organization of Petroleum Exporting Countries (OPEC) by analysts and consultants, which is used by the cartel to set official production targets.

Iranian Foreign Minister Mohammad Javad Zarif has lashed out at the United States for playing a blame game over the Yemeni drone attacks on Saudi oil facilities, saying this will never stop Yemeni victims from giving a response.

The US “is in denial if it thinks that Yemeni victims of 4.5 yrs of the worst war crimes wouldn’t do all to strike back. Perhaps it’s embarrassed that $100s of blns of its arms didn’t intercept Yemeni fire,” Zarif said in a post on his Twitter account.