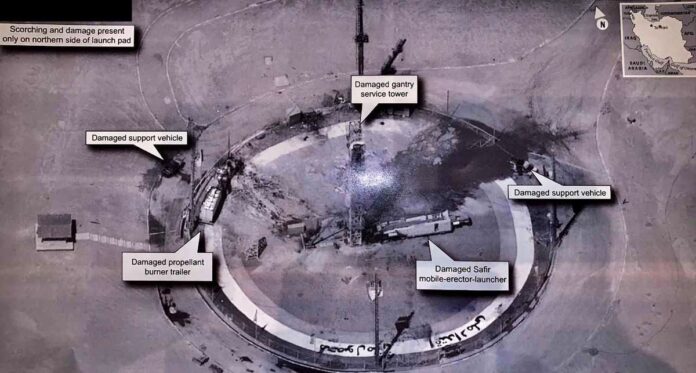 Iranian Government Spokesman Ali Rabiei has confirmed media reports about an explosion in a satellite launch platform in Iran’s Semnan province, citing a “technical mistake” for the blast.

Speaking to IRIB News Agency on Monday, Rabiei said no satellite had been transferred to the site to be installed on the launch pad.

He also noted that the explosion, which left no fatalities, happened during the test phase and at the time when the launch platform was being prepared.

US President Donald Trump posted a satellite image on Friday that allegedly showed a launching pad in Iran’s Semnan province littered with debris from what was said to be Iran’s Safir (Ambassador) space launch vehicle.

“The United States of America was not involved in the catastrophic accident during final launch preparations for the Safir SLV Launch at Semnan Launch Site One in Iran,” Trump said. “I wish Iran best wishes and good luck in determining what happened at Site One.”

In his Monday remarks, Rabiei said similar explosions are common even in industrial countries, and Iran cannot understand why Trump was so excited about such an incident in Iran.

The spokesman said all Iranian experts agree that the incident was caused by a technical mistake, despite the media fuss that claimed it was caused by an espionage or sabotage operation.

Shortly after Trump’s tweet, Iran refuted the claim by arranging a tour of the Nahid 1 satellite, which is due to be launched into orbit on board the Safir soon.

Iranian Minister of Information and Communications Technology Mohammad Javad Azari Jahromi took the reporters on Saturday morning to a space research centre, where the domestically-made satellite was showcased undamaged.