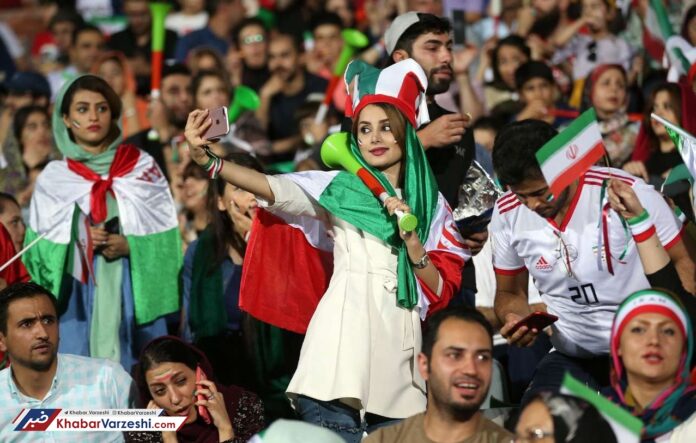 Iranian Government Spokesman Ali Rabiei says women are now allowed to go to stadiums to watch all international football matches, and conditions are being prepared for club matches as well.

“On the issue of women’s presence in stadiums, we are looking for guaranteed ways,” Rabiei told reporters after a weekly cabinet session on Wednesday.

“Currently women can go to stadiums in all matches of the national football team. The infrastructure in stadiums is ready, and it is possible that they go to stadiums for club fixtures as well,” he added.

He also pointed to the recent death of Sahar Khodayari, a football fan who died on Monday after setting herself on fire, and said, “Reports have been prepared in this regard, and various aspects of the issue will be reviewed. We’re waiting for the report.”

Vice-President for Legal Affairs Laya Joneydi also told reporters that there is no legal ban on allowing women to go to stadiums.

“It is meaningless to strip [women] of [their] right.

The government is of the same view, and believes we should support this issue. The government has prepared the conditions several times so far, and will do so even further from now on,” she added.

“The government will definitely try to resolve this issue through interaction, and this is the government’s serious decision,” Joneydi went on to say.

Unlike Rabiei and Joneydi, President Hassan Rouhani’s Chief of Staff Mahmoud Vaezi believes it is not in the interest of women to go to stadiums under the current circumstances.

“We believe there is no problem if the atmosphere of stadiums is appropriate for women’s presence,” Vaezi told reporters Wednesday.

“However, in the current atmosphere where football fans swear against and clash with each other at stadiums, women’s presence there is not in their interest,” he added.

Vaezi said the sports minister has been tasked with negotiating with fan leaders in order to morally prepare the atmosphere for women’s presence.

“In addition, appropriate infrastructure must be prepared for women’s entrance, rest room, and sitting place,” he added.

“If the atmosphere in stadiums is morally right, there is no problem with women’s presence in our view,” he noted.

The issue of women’s presence in stadiums has once again surfaced after Sahar Khodayari, a fan of Tehran giant Esteghlal FC who became known as the “Blue Girl” on social media, killed herself allegedly after hearing that she may receive a six-month prison term for disguising herself as a boy in order to enter Azadi Stadium for a football match between Esteghlal and Al Ain of the UAE in the AFC Champions League.

The International Football Federation (FIFA) has warned Iran that it may face penalties in case in fails to allow women to go to stadiums.