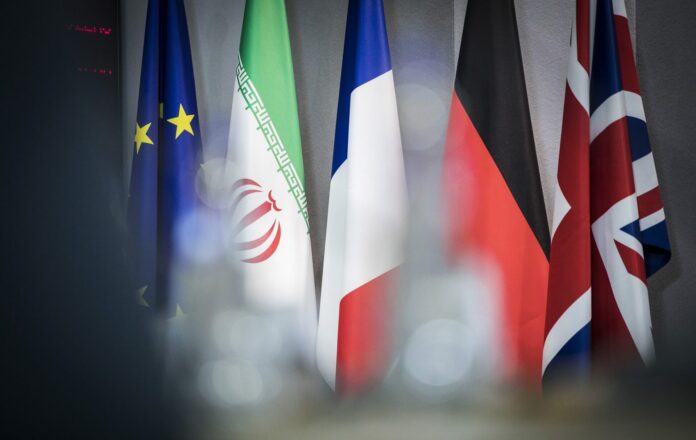 Iran’s Deputy Foreign Minister Ali Bagheri Kani has said the groundwork has not yet been laid for the United States to return to the 2015 nuclear deal, also known as the Joint Comprehensive Plan of Action (JCPOA). Bagheri rejected a report by Reuters claiming nuclear talks with six world powers will resume in November’s end.

Bagheri, who held a five-hour meeting with Deputy EU Foreign Policy Chief Enrique Mora at the EU Headquarters in Brussels on Wednesday, called these talks serious and constructive.

“The lifting of oppressive sanctions against the Iranian people will be the main agenda of the talks,” he added.

He called the Reuters news about the resumption of talks with the P5+1 incorrect, stating Iran will continue talks with the P4+1, and the groundwork has not yet been laid for the Americans to be able to return to the JCPOA.

In response to US officials’ remarks that Iran should seek answers to its questions from the United States, not Europe, Bagheri said that the European Union is the coordinator of the JCPOA Joint Commission.

“We had such talks in previous periods [with EU], and now in the continuation of the same talks, he [Enrique Mora] plays the role of coordinator of the P4+1 and Iran, and these talks have been formed on that basis,” he continued, adding, “Our talks with the P4 + 1 will actually take place in November.”

Earlier, in a tweet on Wednesday, Bagheri wrote, “I had a serious and constructive talk with Deputy EU Foreign Policy Chief Enrique Mora in Brussels about the essential elements of successful negotiations.”

“We have agreed to restart nuclear talks in Vienna by the end of November,” he said, adding that the exact date will be announced next week.

Iran and the remaining signatories to the JCPOA known as the P4+1 have held six rounds of talks so far with no results. The Western powers made excessive demands during the talks and the talks were postponed at the end of the previous Iranian administration under Rouhani until the formation of the new government in Iran under President Ebrahim Raeisi.

The new Iranian administration has vowed that it will return to the Vienna talks if they are result-oriented and can yield tangible results for Iran in terms of the removal of the sanctions and abidance of the parties by the JCPOA provisions.