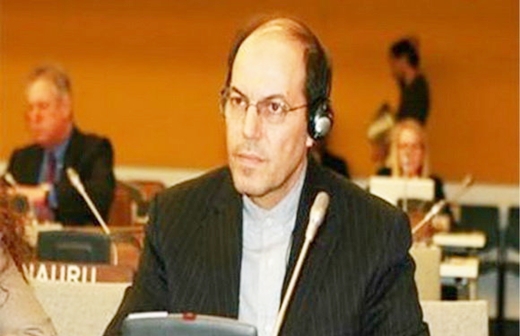 Gholamhossein Dehghani, the Ambassador and Deputy Permanent Representative of the Islamic Republic of Iran to the United Nations, categorically slammed certain countries for their refusal to abide by nuclear disarmament commitments.

He further said that huge funds have been allocated for renewing nuclear arsenals in the US and Britain, and that the US has started its $1 trillion plan to renew its nuclear weapons.

Dehghani continued, saying that the policy is a very clear example of US refusal to abide by nuclear disarmament commitments.

He also said that the current worrying disarmament situation has been caused by a lack of political will in nuclear countries to put aside a very dangerous security doctrine, based on which possessing nuclear weapons increases security.

He also called for the formation of a comprehensive nuclear weapon convention similar to the chemical weapons convention.