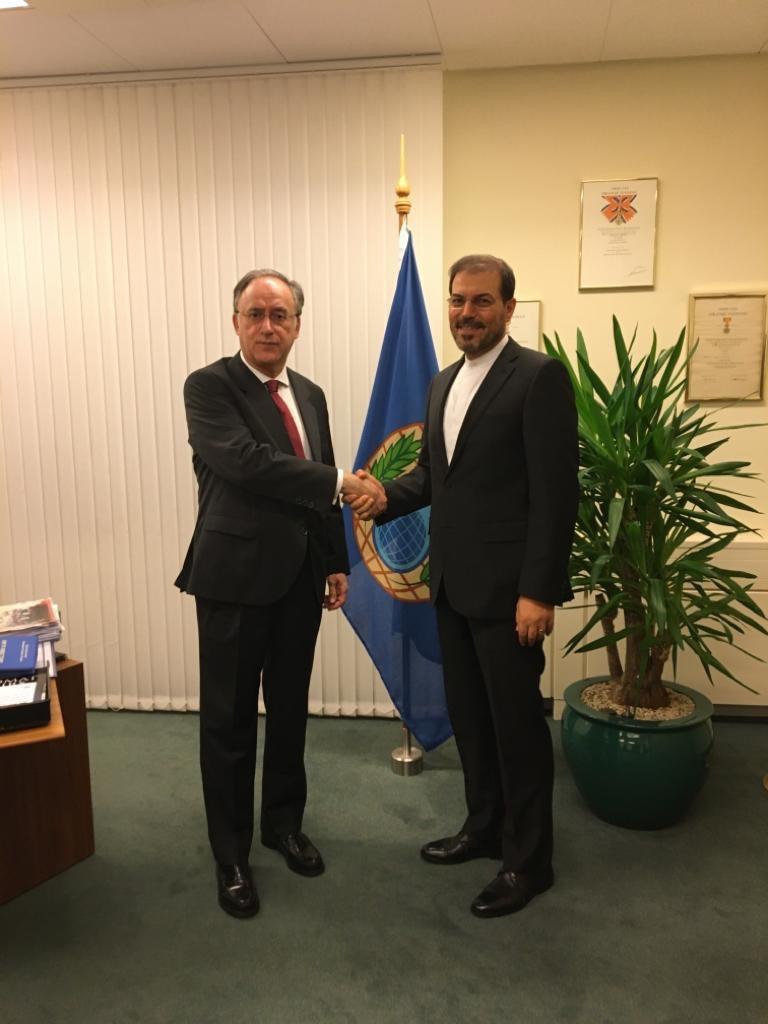 Iranian Deputy Foreign Minister for Legal and International Affairs Gholam-Hossein Dehqani and Director-General of the Organisation for the Prohibition of Chemical Weapons (OPCW) Fernando Arias have discussed the ways to promote cooperation between Tehran and the OPCW.

Dehqani and Arias sat for talks on Thursday on the sidelines of the 24th Conference of the States Parties (CSP) of the Chemical Weapons Convention (CWC) in The Hague.

In the meeting, the two officials explored avenues for the promotion of cooperation between the OPCW and the Islamic Republic of Iran.

Moreover, the Iranian deputy foreign minister stressed the need for non-discriminatory implementation of all provisions of the Chemical Weapons Convention, called on the CWC State Parties to honor commitments to the transfer of chemical material and equipment for peaceful purposes, and urged the removal of obstacles to trade between the State Parties as well as non-imposition of economic sanctions on the State Parties.

Dehqani also highlighted the impacts of the US government’s move to resort to economic terrorism against Iran on the supply of medicines and equipment for the veterans hurt by chemical weapons and on the supply of raw materials for the production of certain medicines in Iran, saying it contravenes the commitments made by the US and by the other CWC State Parties which follow the US under pressure.

The Iranian diplomat further called on the OPCW Secretary-General to use his good offices to remind those State Parties about their commitments.

Dehqani finally emphasized the need for observing the rule of consensus in decision-making in the organizations concerned with the prevention of weapons of mass destruction proliferation, and highlighted the Secretary-General’s strategic role in strengthening consensus within the OPCW.