Iran Not after Conflict with Regional States: Larijani 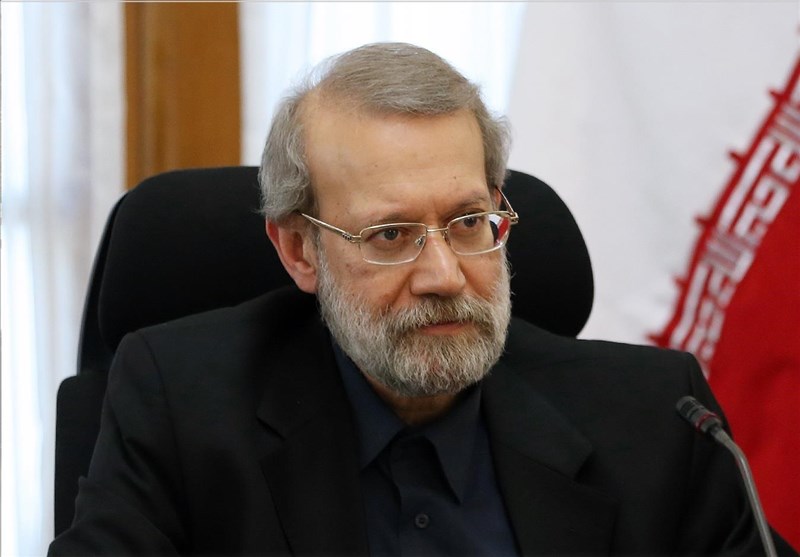 Iranian Parliament Speaker Ali Larijani says the Islamic Republic does not seek to get engaged in any conflict with regional countries, but the country’s Armed Forces are fully aware of certain regional movements and are prepared to counter any security threat.

The top lawmaker made the remarks on Thursday in a meeting with senior Shiite and Sunni clerics and locals in the southern Iranian port city of Bandar Lengeh in Hormozgan province.

“Iran has great facilities including sustainable energy, skilled workforce, and the experience of war. Our Armed Forces have gained their experience not in war games but in the real battlefield, and that’s a sustainable force,” he added.

“The intelligence domination of our Armed Forces over regional movements is at a great level, and the country’s current security is indebted to these forces,” Larijani added.

“Our enemies are too tiny to intimidate us by holding a number of meetings and making nonsense remarks. We rely on our people and enjoy the strategy of peace, and are not afraid of the enemy.”

“According to former US Secretary of State Rex Tillerson, the US president makes bold remarks in order to intimidate and coerce the target countries,” he noted, adding that Tehran is not influenced.

Larijani lashed out at the Western policy of creating sectarian tension in the Middle East, and urged them to change their method and stop pitting religious groups against each other.

Earlier this month, Iran’s Intelligence Minister said Israel and the United States as well as some regional states support terrorists to carry out attacks against the Islamic Republic.

“The security services of the region are involved in these acts of terror. Also, by employing their policies and strategies, the Zionist regime and the US back these terrorist groups,” Mahmoud Alavi said on Dec. 8.

The remarks were made in the wake of a bombing attack on the police headquarters in southeastern Iranian city of Chabahar that killed two people.

In his Thursday comments, Larijani also addressed regional countries and said, “Warmongering and conflict is against your interests. What result was achieved from four years of war in Yemen and many years of bombarding Afghanistan?”

“At this time and juncture, you can no longer win people’s obedience through military occupation,” he added.

Saudi Arabia and its allies launched a brutal war against Yemen in March 2015 in an attempt to reinstall the country’s former Riyadh-allied regime. The Houthi Ansarullah movement, which runs state affairs in the absence of an effective government, has been defending Yemen against the aggression.