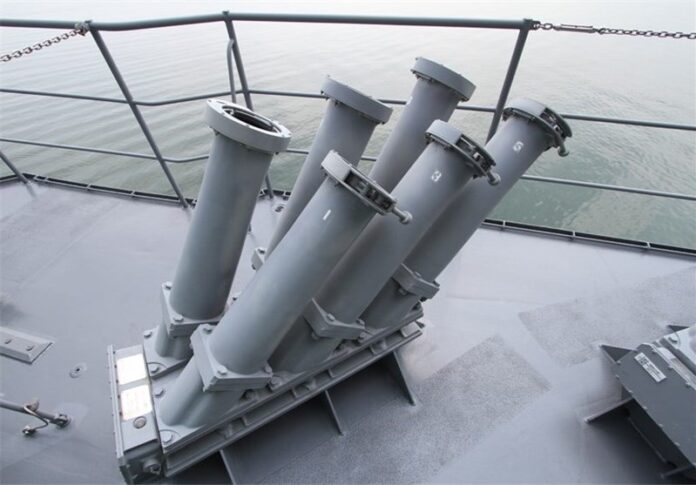 The commander told Tasnim on Saturday that the Chaff system has been installed on all of the country’s missile-launching warships and destroyers, including Damavand.

Chaff is a radar countermeasure in which the target –a ship or an aircraft- spreads a cloud of small, thin pieces of aluminum or other material, which either appears as a cluster of primary targets on radar screens or swamps the screen with multiple returns.

The steel shower is composed of radar-reflective metal that confuses the missile.